At the FY 2020 online research presentation meeting of the Japanese Society of Environmental Toxicology, held on March 9 (Tue.), Mr. Jae Seung Lee, who is a second-year student (a first-year student at the time of the awarding) in the Doctoral Program of Animal Science and Agriculture at the Graduate School of Animal and Veterinary Sciences and Agriculture, received the Young Researcher Award.

The Japanese Society of Environmental Toxicology was established in August 1997 to promote the advancement and dissemination of research on how chemical and other substances influence ecosystems.

At the academic meeting, which was attended by sixty participants including researchers, practitioners and students, oral presentations on fifteen topics were made. From the research presentations submitted for the Young Researcher Award, a paper presented by Jae Seung Lee titled “Developmental toxicity of organophosphorus flame-retardant metabolites in zebrafish embryos” was selected after document and oral presentation reviews.

Mr. Lee has been conducting toxicity assessments and studies on the mechanism of action of trialkyl phosphates, which are flame-retardant plasticizers that are used in products, with zebra fish as an animal model. Human epidemiological studies have revealed that high concentrations of trialkyl phosphates in indoor dust increase the risk of asthma and atopic dermatitis in children. Mr. Lee’s research has revealed that both trialkyl phosphates and their metabolites are toxic to circulatory organs, and has used RNA-Seq analysis to reveal the possibility that oxidative stress is the mechanism of toxicity.

Mr. Lee’s presentation earned high evaluations for revealing the toxic effects of trialkyl phosphate metabolites and certain mechanisms behind their action, for which almost no toxicity information had been available; although cases of detection from samples of human origin had been reported. Such results are expected to lead to the presentation of objective substances and markers that should be examined in epidemiological studies, out of an enormous number of chemicals and biomarkers.

Mr. Lee expressed his appreciation on receiving the award stating, “I’m very honored to receive this award and deeply indebted to Professor Kubota and my other teachers and related parties for their instruction and assistance. I’ll continue to devote myself to research and making efforts contributing to the field of environmental toxicity.” 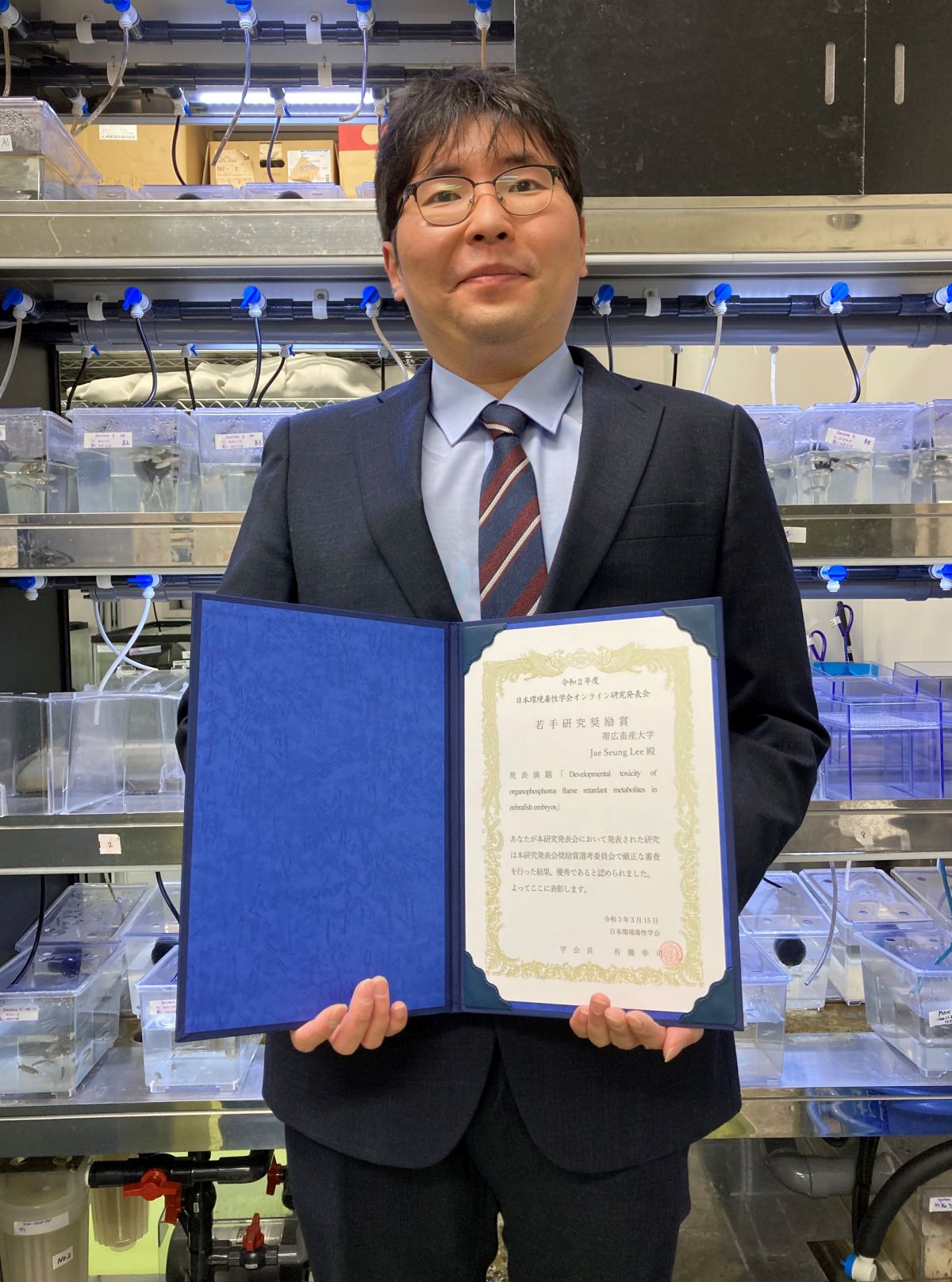