A preliminary survey was conducted in the Republic of Uganda from August 12 to 16 to launch the Livestock Farmer Support Program by Controlling Tick and Tick-Borne Diseases, which was adopted as a Japan International Cooperation Agency (JICA) Partnership Program.

Uganda is a landlocked country in East Africa where agriculture and livestock farming are major industries: more than 70 percent of workers are engaged in agriculture and livestock business, and agricultural and livestock products account for 80 percent of the country’s exports. The country has a cattle corridor that extends from northeastern to southwestern Uganda—a region with high livestock production where farmers raise cattle, goats, pigs, poultry and more. On the other hand, Uganda is one of the poorest countries in the world with a low per-capita gross income.

Farmers rely extensively on acaricides to kill ticks, but are still unable to control them due to the emergence of acaricide-resistant ticks, thereby posing livestock hygiene problems. Since the high cost of the wasteful purchases of ineffectual acaricides squeeze household budgets, it is a pressing policy issue to identify acaricide-resistant ticks and present effectual acaricide options. JICA adopted the Livestock Farmer Support Program by Controlling Tick and Tick-Borne Diseases as its partnership program to solve the issue to support livestock farmers. The aim is to enhance livestock farming productivity through the implementation of tick control programs for farmers and veterinarians that will reduce the direct damage from blood feeding by ticks and the indirect damage from tick-borne diseases.

The preliminary survey was conducted by a team consisting of Professor Xuenan Xuan of the National Research Center for Protozoan Diseases (NRCPD) at OUAVM; Dr. Vudriko Patrick, a lecturer at the School of Veterinary Medicine and Animal Resources (the counterpart institution) of Makerere University; veterinarians at the Kiboga District Veterinary Office; and JICA staff. Situated inside the cattle corridor in central Uganda, Kiboga District is a leading livestock farming district in Uganda. The survey team visited farmers in the district to ask about their situation, including tick damage, tick control methods, the use of pasture fencing, the number of farmers in the neighborhood, and so forth.

After the survey, the team met at the Kiboga District Veterinary Office to discuss ways to implement the project. Based on the survey and discussion results, the team will formulate a project execution plan to launch the project in January 2020. 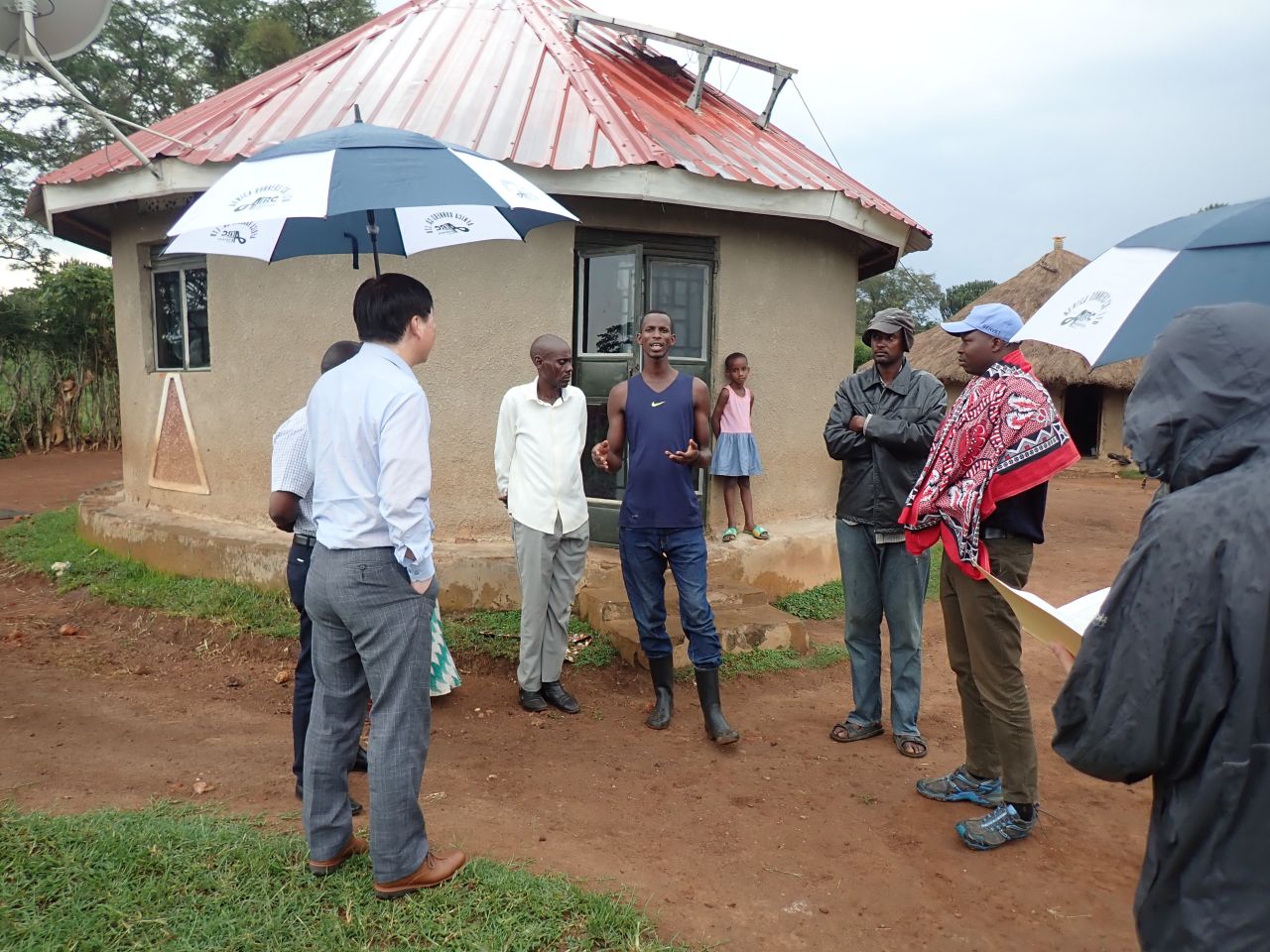 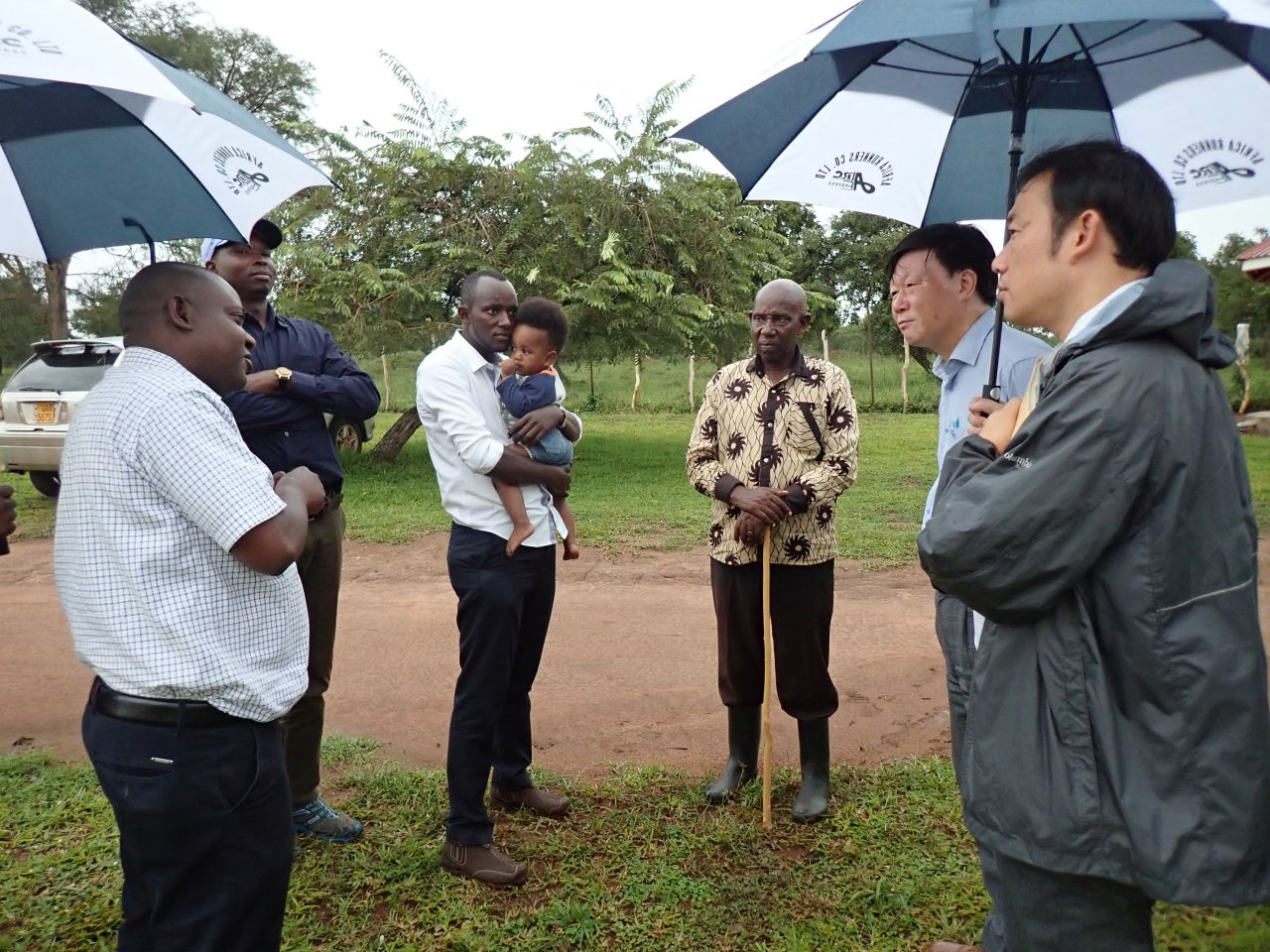 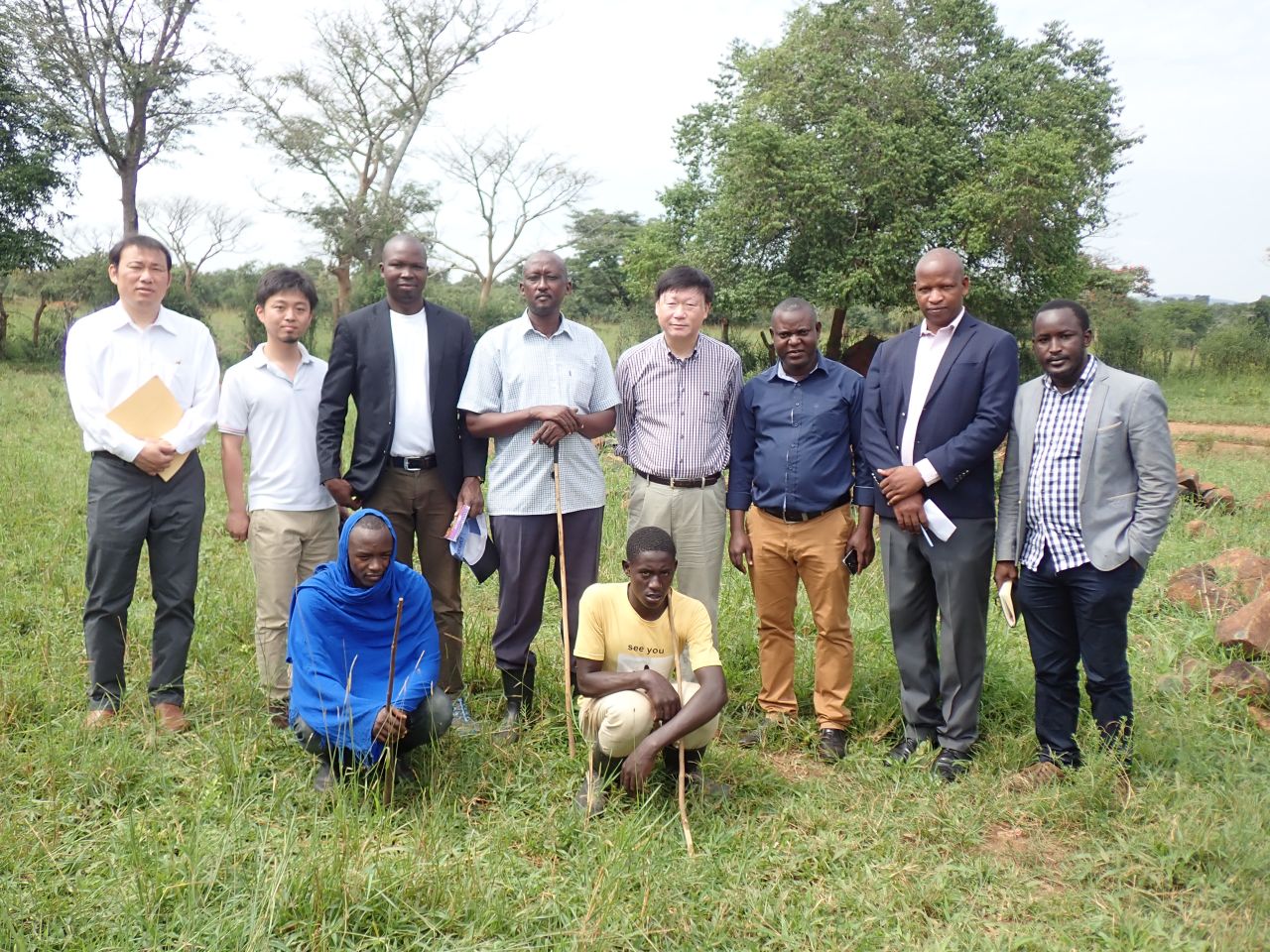 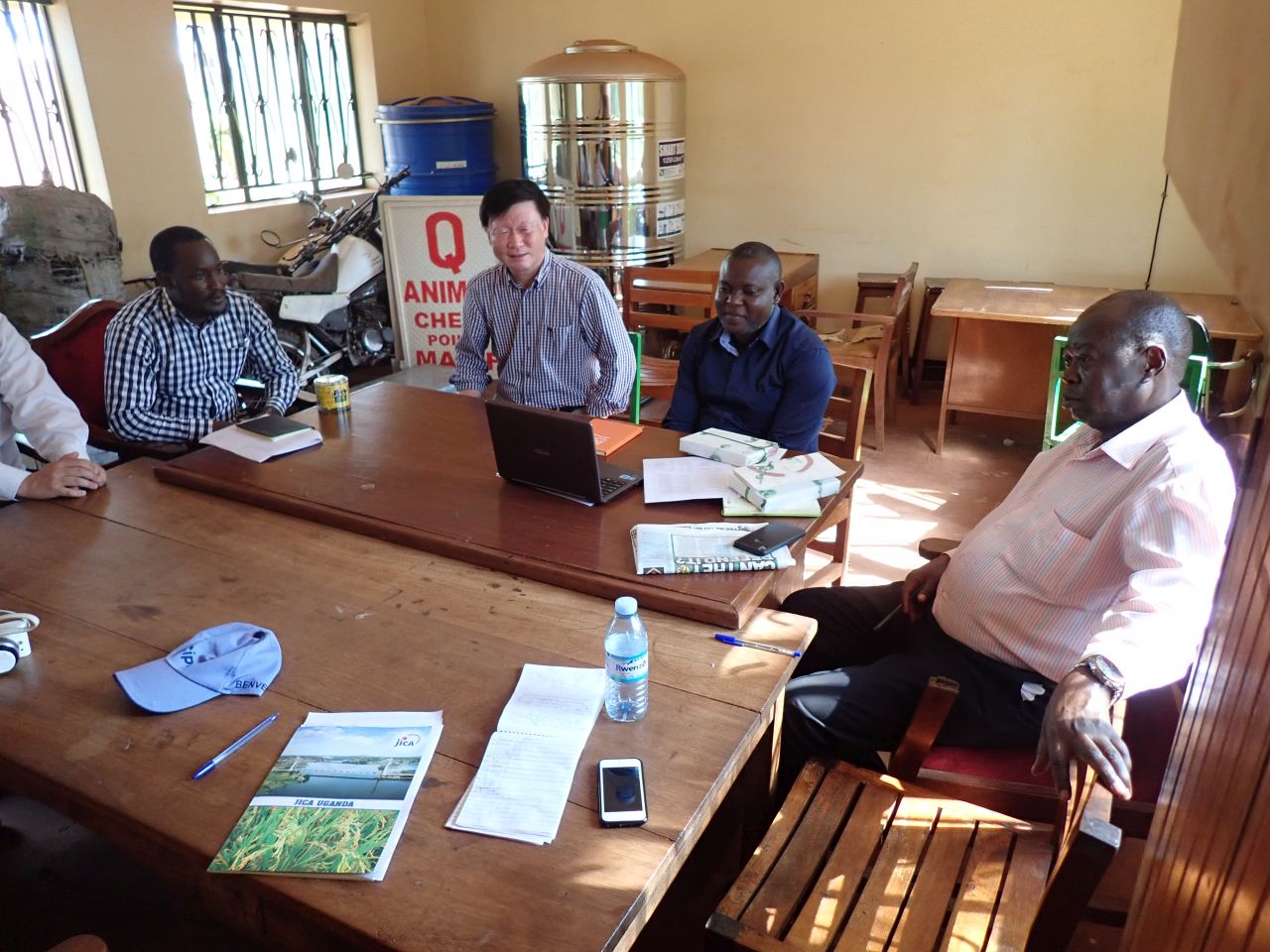