After the president’s commencement address, OUAVM Alumni Association president Toshifumi Sunagawa delivered a congratulatory speech, which was then followed by the commendation of students. Eight students with excellent academic records were recognized as honor students and presented with a certificate of commendation by President Okuda and with a memento by an OUAVM Student Support Association representative.

After the introduction to the audience of the president of OUAVM’s Alumni Association and OUAVM directors, auditors, and vice-presidents, the event was concluded with the performance of OUAVM’s dormitory song by the university’s mandolin club. As the Japanese farewell song Hotaru no Hikari was played, the diploma awarded students left the auditorium, bringing the event to a close. 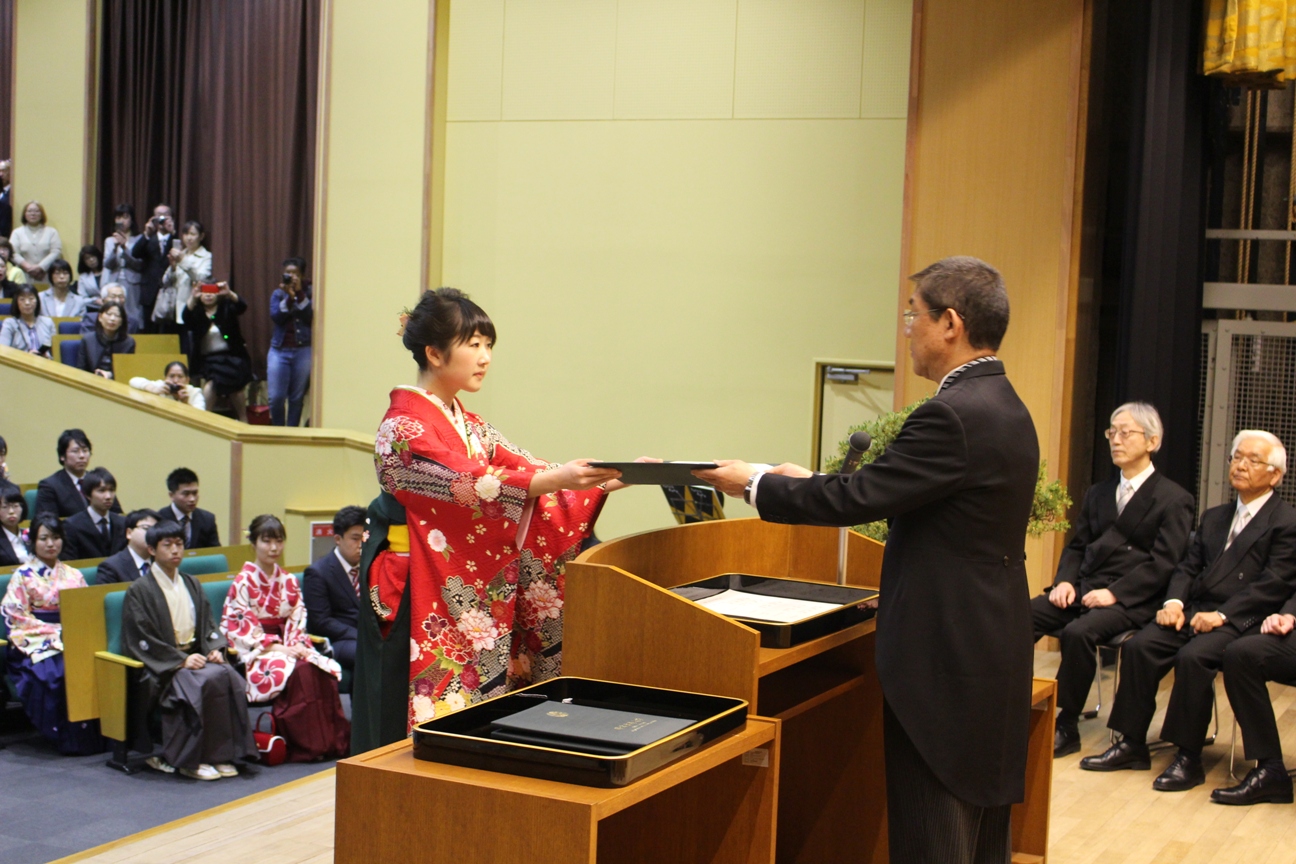 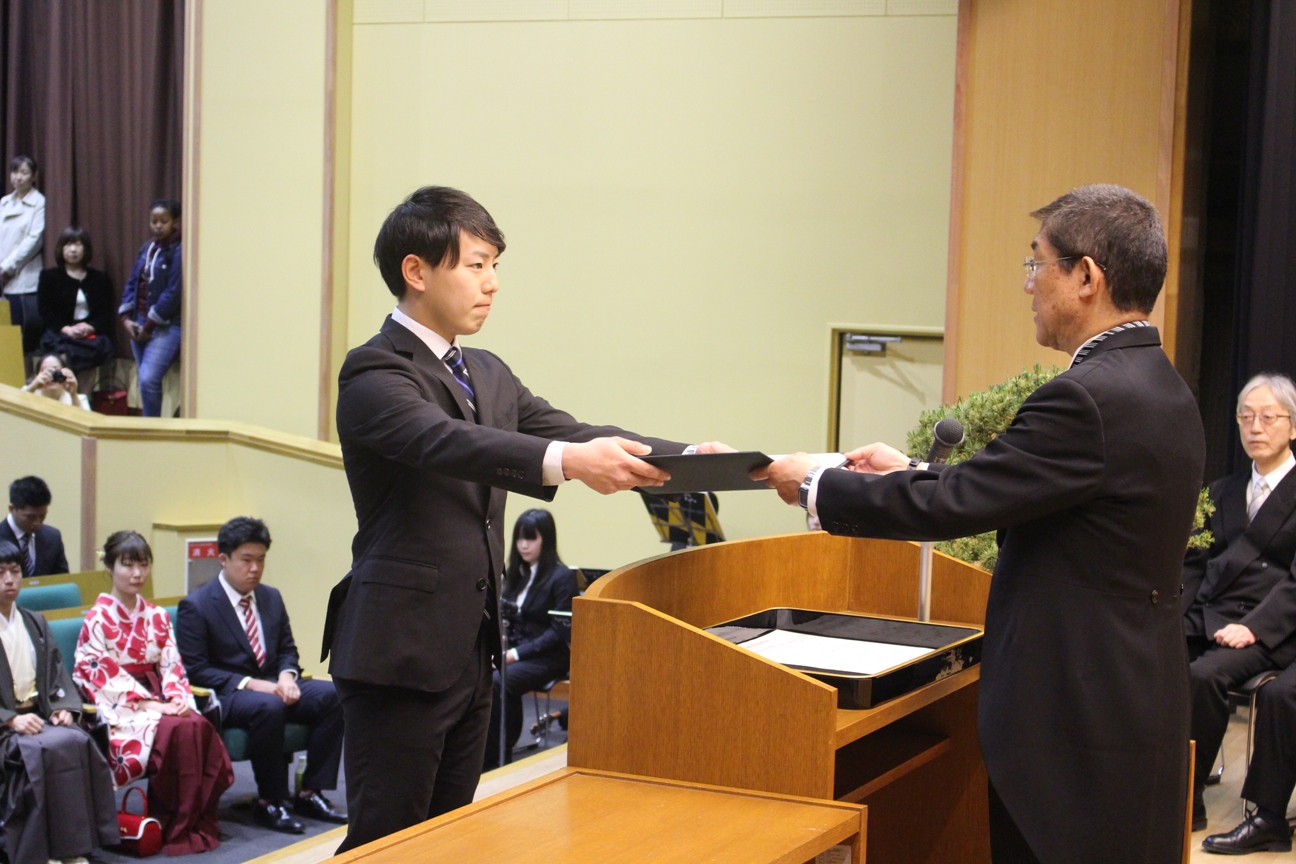 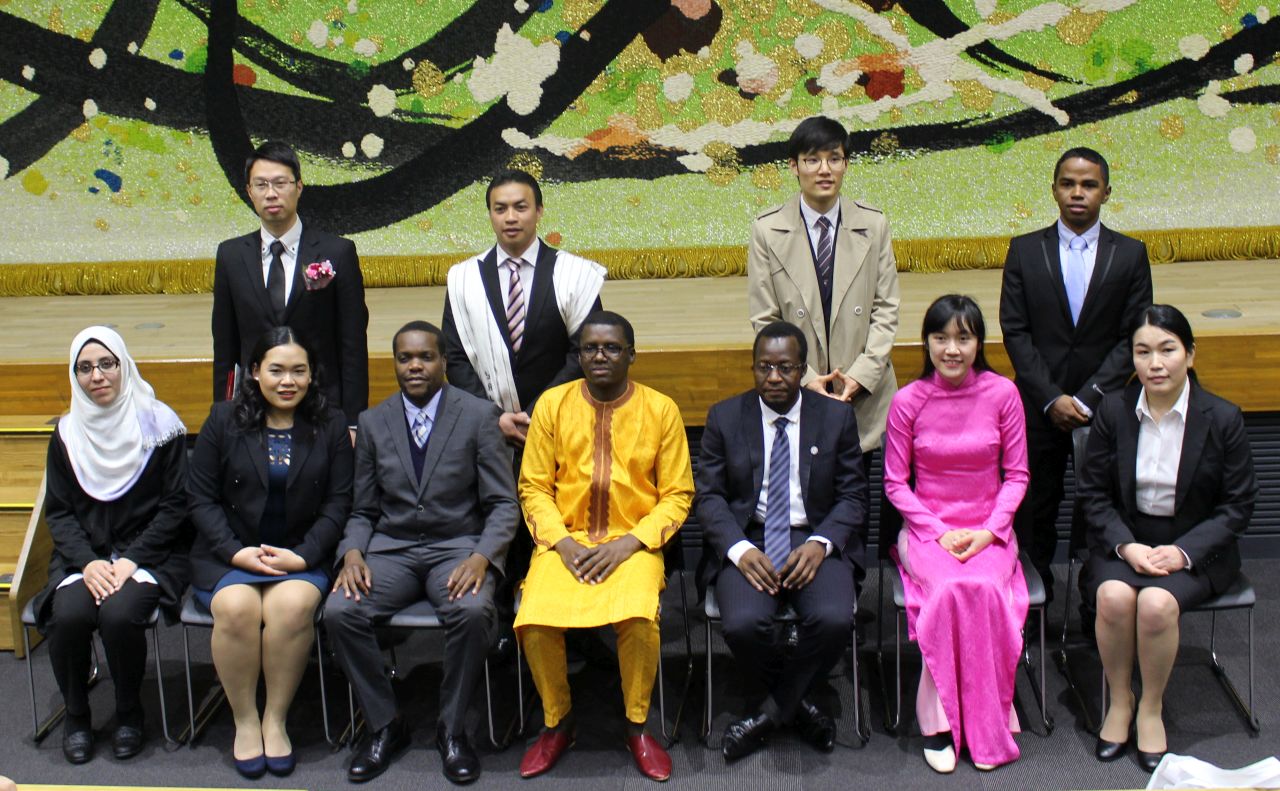 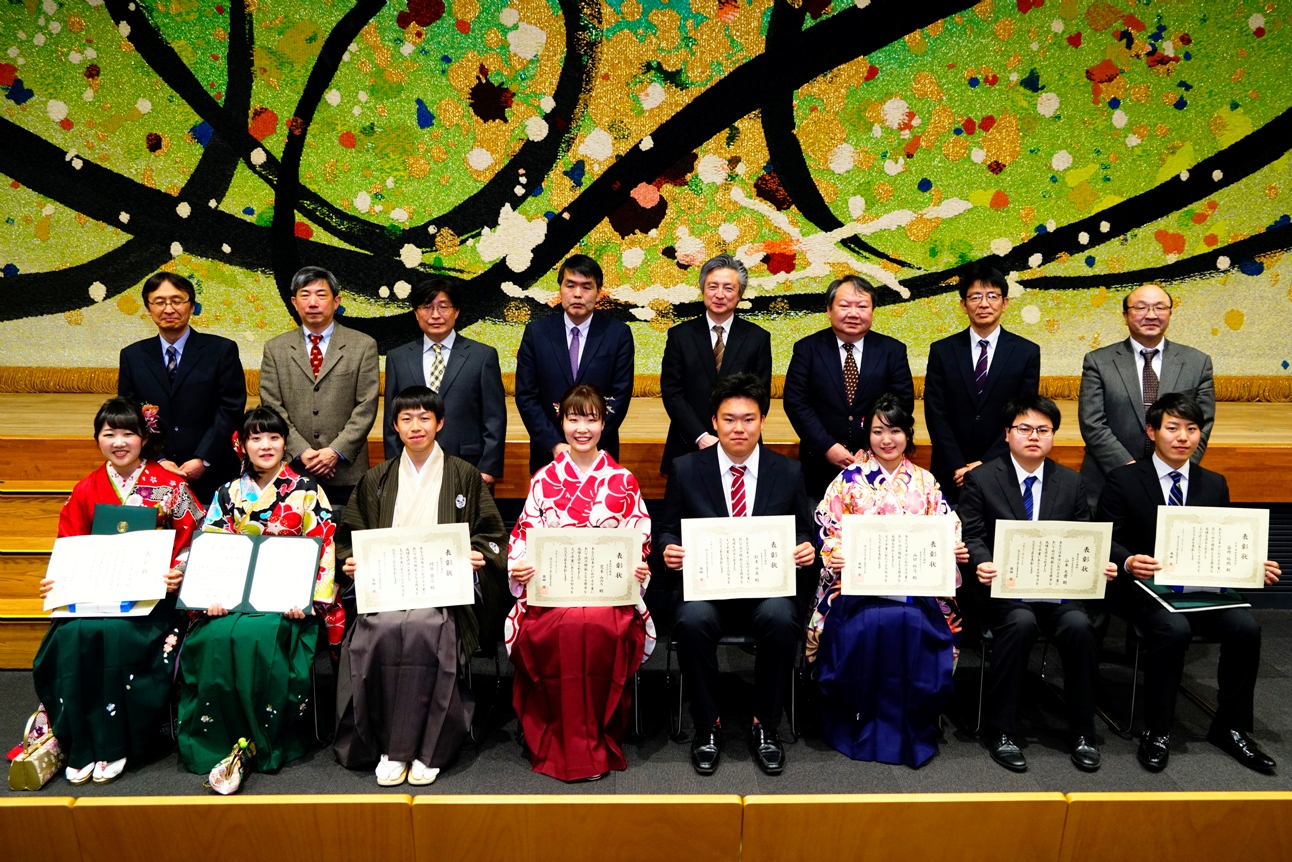