Specially Appointed Professor Koji Ogawa, the director of the Paraguay Office, and Coordinator Yuji Sakaguchi attended the opening of a milk collection center in Coronel Bogado, Paraguay on June 1 (Thu.) and 2 (Fri.). Although a planned parade was cancelled due to a drizzly rain, many local residents showed up to celebrate the completion of the center.

The Obihiro University of Agriculture and Veterinary Medicine (OUAVM) has been engaged in the Project for Strengthening small dairy farmers in Itapúa, Paraguay (FORPROLEI) since 2012 for three cities in Itapúa Department, including Coronel Bogado, and had highlighted the need for a milk collection center through the project. This effort has borne fruit, and a municipal market and the adjacent milk collection center have been completed. There had been neither milk collection centers nor tanks in the city, making it difficult to store milk. The completion of the milk collection center, however, will significantly improve milk distribution and sales methods.

At the ceremony, Director Ogawa outlined the OUAVM program for the Enhancement of the Agricultural Training Center and Support for Human Resource Development for the Promotion of Dairy Farming in the Eastern Region of Paraguay (PROMELE), which has been conducted with the Nikkei CETAPAR Foundation, and introduced efforts of the OUAVM Paraguay Office, a research and training center in South America.

Currently, Natsumi Kobayashi (a second-year master’s degree student of OUAVM) is working in the city as a member of the third long-term volunteer team, and Mayer Héctor Fabián Céspedes expressed his heartfelt gratitude for the cooperation of OUAVM.

The program to provide cooperation for Coronel Bogado is scheduled to end in March 2018. To achieve as many results as possible in the remaining months, Ms. Kobayashi is working energetically. 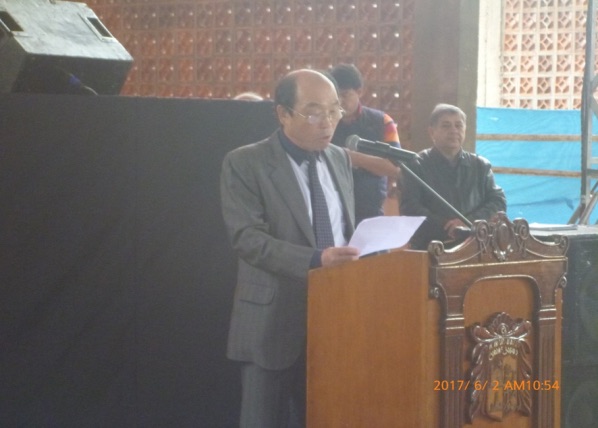 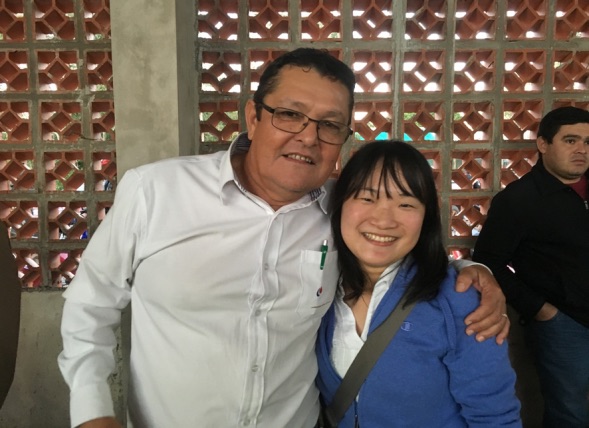