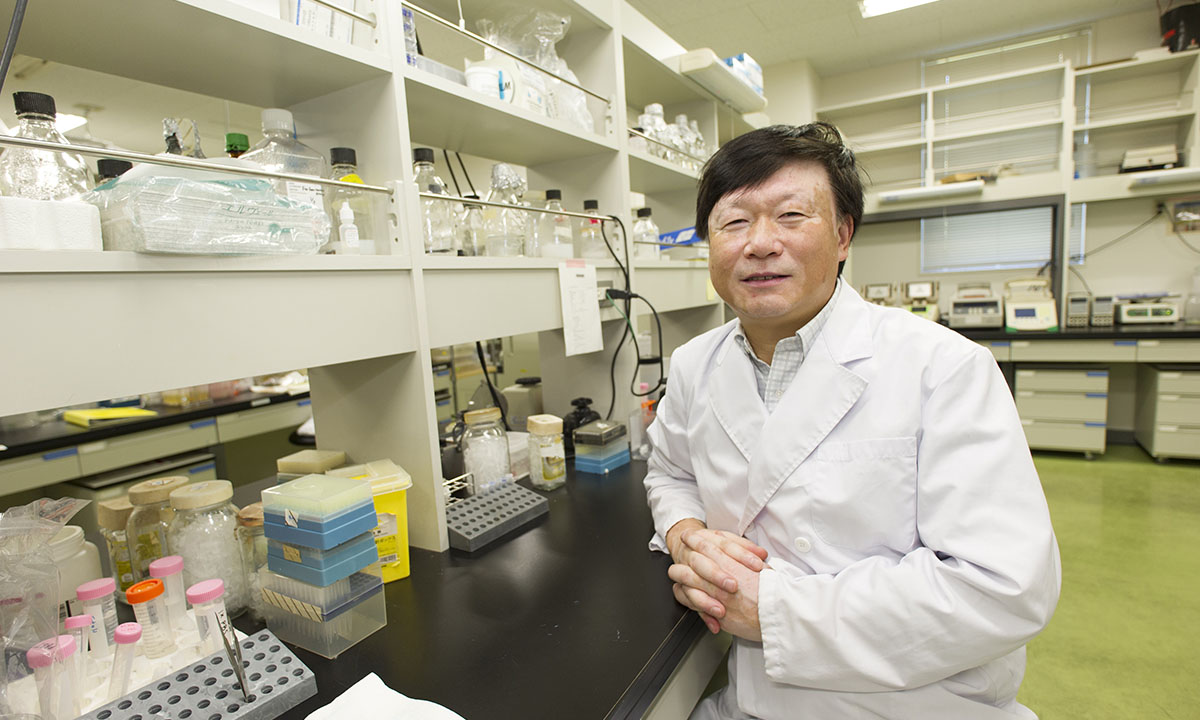 Influenza and other viruses, tuberculosis and other bacteria, and malarial parasites and other protozoa are among the microorganisms that cause infectious diseases. Protozoa are unicellular organisms that can obtain nutrients from the surrounding environment and can move and reproduce independently. The National Research Center for Protozoan Diseases, where Professor Xuan serves as the director general, focuses on the study of protozoa.

“We’re studying Babesia and Toxoplasma gondii in our lab,” Professor Xuan says. “Let me start by explaining what Babesia are. These protozoan parasites infect red blood cells and are transmitted by ticks. Babesia destroy red blood cells and cause anemia and jaundice. Infection is seen mainly in dogs, cows and horses, and rarely in humans. Dog babesiosis is uncommon in Hokkaido, but this infectious disease is seen by many veterinarians in southwestern Japan, extending southwestwards from Osaka to Okinawa. In addressing babesiosis, my endeavors started from my sympathy for infected dogs that were waddling from anemia caused by the parasite. In combatting infections, there are three important concepts: (1) early and accurate diagnosis, (2) treatment (therapeutic medication) and (3) prevention (vaccination). In light of this, I started to work on developing methods for diagnosing dog babesiosis.”

The diagnostic methods developed by Professor Xuan were a serodiagnostic test and a DNA diagnostic test. The former uses enzymatic reactions to detect and quantify antibodies; the latter uses the PCR (polymerase chain reaction) technique for base sequence amplification and DNA identification. These procedures have shown successful results in field tests conducted in cooperation with pharmaceutical manufacturers that develop therapeutic medicines. As a result, these methods have been introduced as test items for pet animals at veterinary clinical laboratories and other facilities and have even been put into practical use.

Toxoplasma gondii is an intracellular parasitic protozoa that infects warm-blooded hosts, including humans. The definitive hosts for Toxoplasma gondii are members of the cat family (in which Toxoplasma gondii can produce oocysts (eggs)). The parasite spreads to humans, pigs and sheep through the ingestion of food or sand contaminated with toxoplasma oocysts shed by cats in their feces.

The production of toxoplasmosis diagnostic test kits by a pharmaceutical manufacturer was abruptly discontinued in 2015. In response, a new diagnostic procedure already developed by the professor in his laboratory was demonstrated to another pharmaceutical manufacturer. As the new procedure was evaluated as being as effective as the conventional ones by the manufacturer, it was introduced in 2016 as a test item to be used at veterinary clinical laboratories and other facilities.

“Despite being a unicellular organism, a protozoa can have as many as approximately 5,000 genes, which is one fifth the number for a human,” Professor Xuan says, describing the difficulty of developing a vaccine. “Vaccines usually target antigens. Viral antigens come in several types, whereas protozoan antigens come in dozens of types. Among these types, candidate molecules for vaccines against babesiosis and toxoplasmosis must be identified. Meanwhile, we’ve found infection-fighting immunocompetent cells in the host and we’re developing a recombinant vaccine that can effectively stimulate such cells. The effectiveness of the vaccine in mice has been demonstrated experimentally. But it looks like it’ll take more time for the vaccine to be practical for natural hosts.”

Similarities in cell structure between humans/animals and protozoa contribute to the difficulty in therapeutic drug development. Even if effective therapeutic drugs against protozoa are developed, the drugs can also affect humans and other animals, causing side effects.

“Even similar cells have some difference. At his research center, the staff work together to find different genes that serve as targets,” Professor Xuan emphasizes. 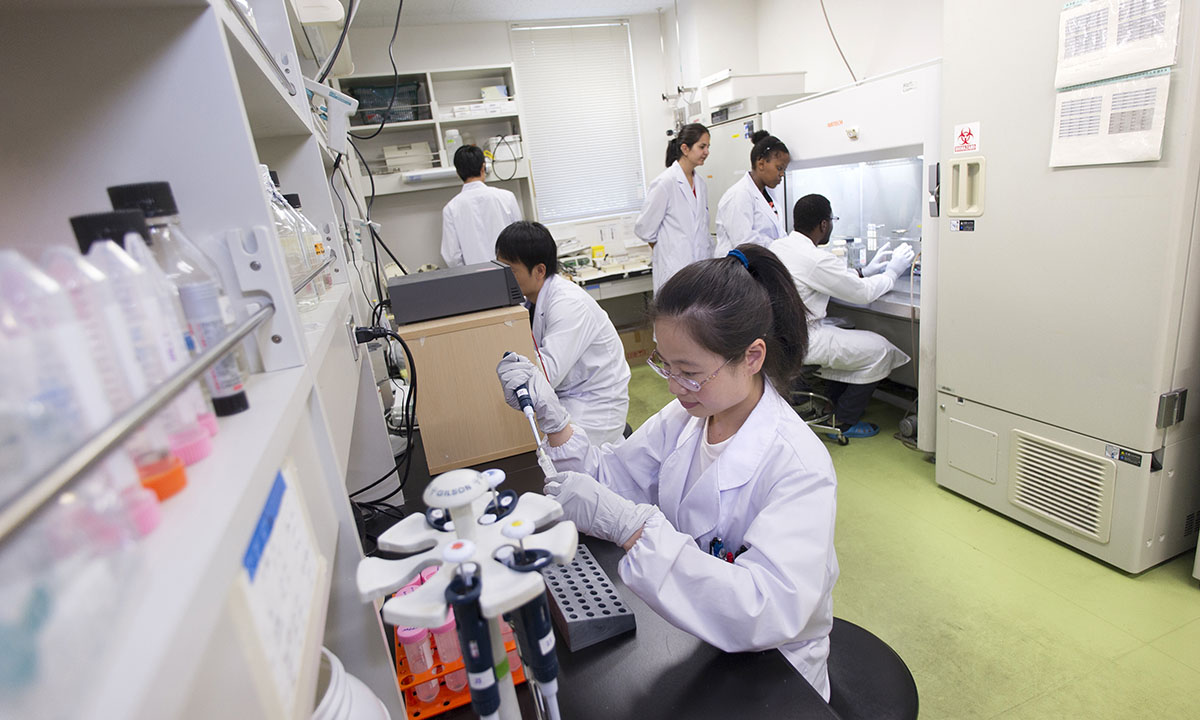 Professor Xuan has been involved in research with emphasis placed on basic studies as well as on social contributions. If the diagnostic methods he has developed for babesiosis and toxoplasmosis can achieve practical application, it will make him happier than anything will.

“As we’ve obtained certain diagnostic results, the next focus will be on prevention and treatment,” Professor Xuan says, considering the future of his research. “It’d be ideal for protozoan infections to be prevented. We still have a long path ahead, but we’ll make efforts to develop vaccines and advance our research so that it can be passed down to succeeding researchers. As for therapeutic drugs, we aim to develop ones with fewer side effects through genome sequencing.” Despite being busy with his work as the Director General of the National Research Center for Protozoan Diseases, Professor Xuan values opportunities to interact with foreign students.

“One of my pastimes is fishing, so cooking fish that I’ve caught and serving them to students has become something I enjoy,” the professor says with a smile.