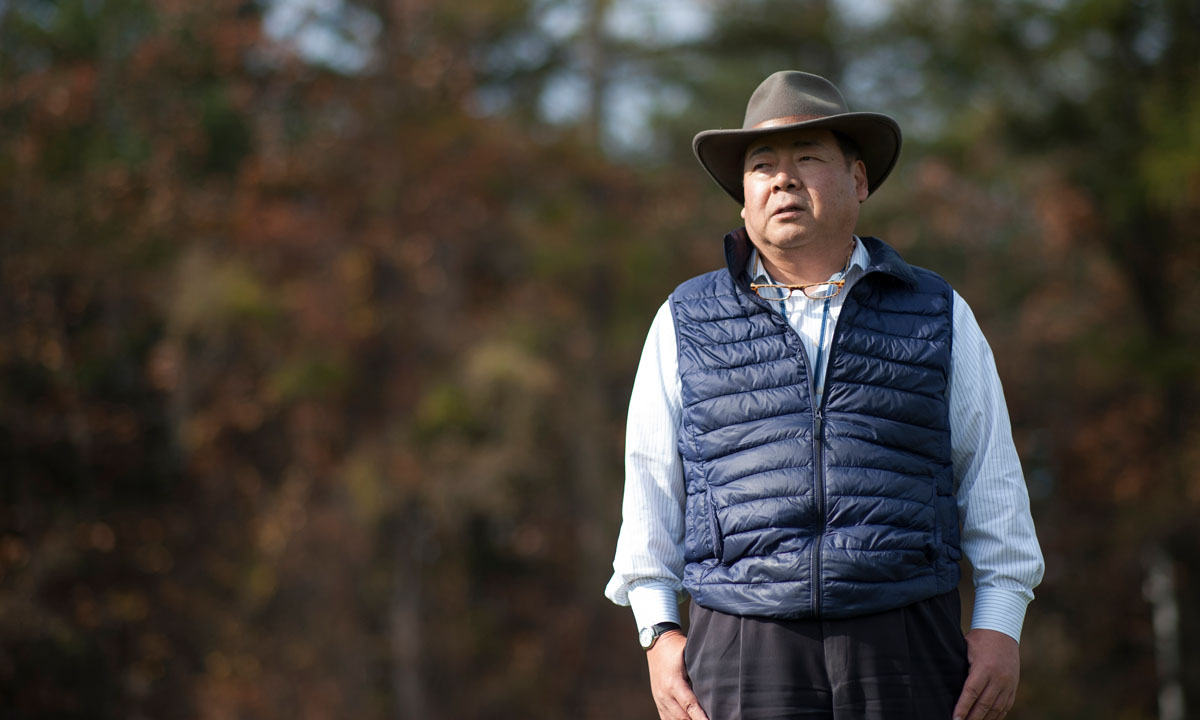 In contrast to main windbreaks, which have been managed by the government since the early days of development in the Tokachi region, windbreaks privately planted by farmers since the early Showa era are known as sub-windbreaks, and these are the research subject of Professor Tsuji (hereinafter referred to simply as “windbreaks”). In the Tokachi region, soil blown up by the strong northwesterly winds from the Hidaka Mountains in early spring has caused serious damage to crop stems and leaves. Windbreaks that have protected crops from such damage have decreased constantly since their planted area peaked in the 1960s, because they’ve become a hindrance to farm work efficiency, with increases in field size and mechanization. Professor Tsuji sounds the alarm on the issue: “It takes ten years for Japanese larches, which account for the majority of windbreaks, to grow to five meters. Once wind damage occurs, it’s already too late for countermeasures.” The strong spring winds may even blow away a centimeter-thick soil layer that’s taken 100 years to form, all at once. Windbreaks protect both farm products and invaluable soil, and facilitate crop growth by maintaining higher soil temperatures through their ability to reduce wind speeds. In the Tokachi region, farmland within a distance of 15 times the windbreak tree height can be protected from wind damage. Windbreaks are truly “green shields.”

Professor Tsuji is working on establishing a windbreak database. In place of the survey instruments that had been used, spatial information on the land around windbreaks has been collected using drones for the last few years, as they’ve become affordable. Spatial information means three-dimensional information, including not only the height of a Japanese larch, but also the birds, insects and other small animals living in the tree. “It’s important to identify what’s necessary from an enormous amount of miscellaneous information,” the professor says. “Selected data are processed into three-dimensional images using a geographical information system. The entire picture can be analyzed and a meaningful answer can be found by matching highly accurate data with each other.” Professor Tsuji gives his prospects for the future. “I’m collecting data near the university, but if this goes well, I’d like to expand the survey area to the entire Obihiro City, and then to the entire Tokachi region, at a rate of one municipality a year.”

Nearly 70% of windbreaks in the Tokachi region are Japanese larches, as they’re deciduous trees that are cold-resistant and of high value as resources. However, since their leaves are not fully developed in May and June, when wind damage peaks, windbreaks cannot display their full effectiveness. Professor Tsuji contemplates the future of windbreaks. “Evergreen trees are ideal for windbreaks, but both Yezo spruce and Japanese larch are slow-growing trees. It’ll be necessary to promote a transition to evergreen windbreaks while considering the renewal of Japanese larch windbreaks. The wind-breaking effectiveness must be further improved by considering the windbreak arrangements in addition to tree types and heights. The potential of windbreaks is the potential of agriculture.” 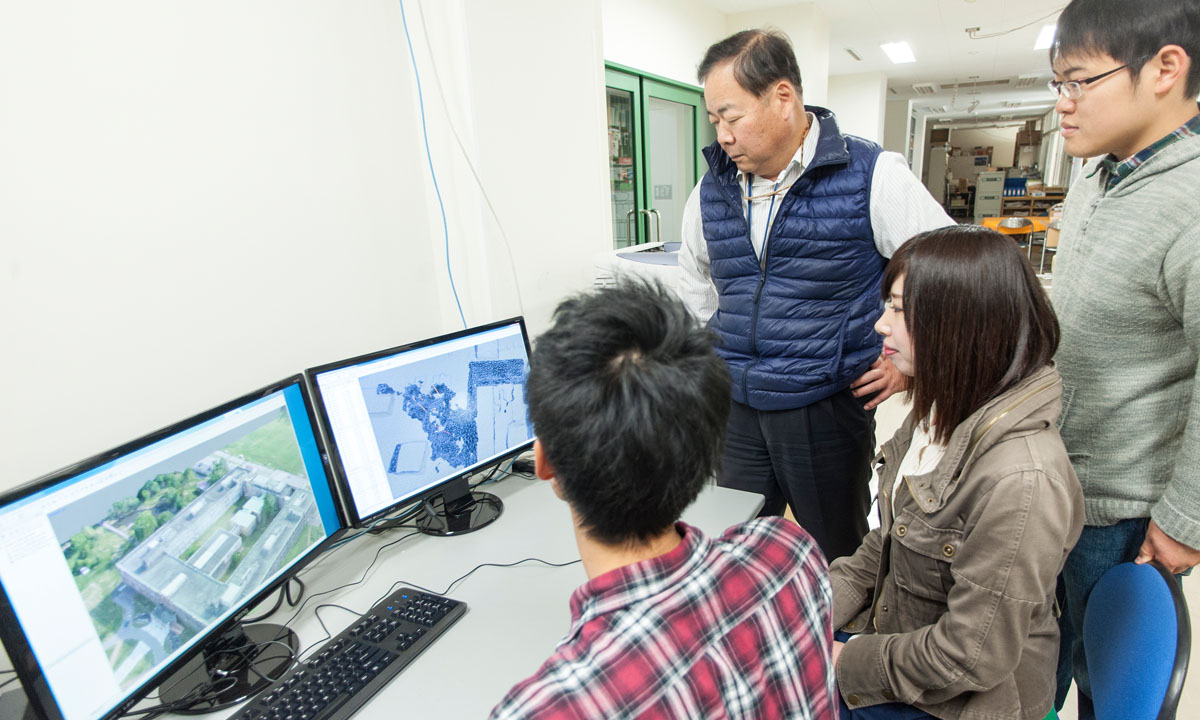 In his almost 30 years as a researcher, Professor Tsuji has placed importance on making farmers happy and giving back to the community. Contributing to agriculture and environmental conservation has also been an unwavering goal of his research. In that sense, his project is more akin to basic research than to applied research. Professor Tsuji concludes, “I aim to establish ‘big data’ to contribute to society, with windbreaks as the launching point.”