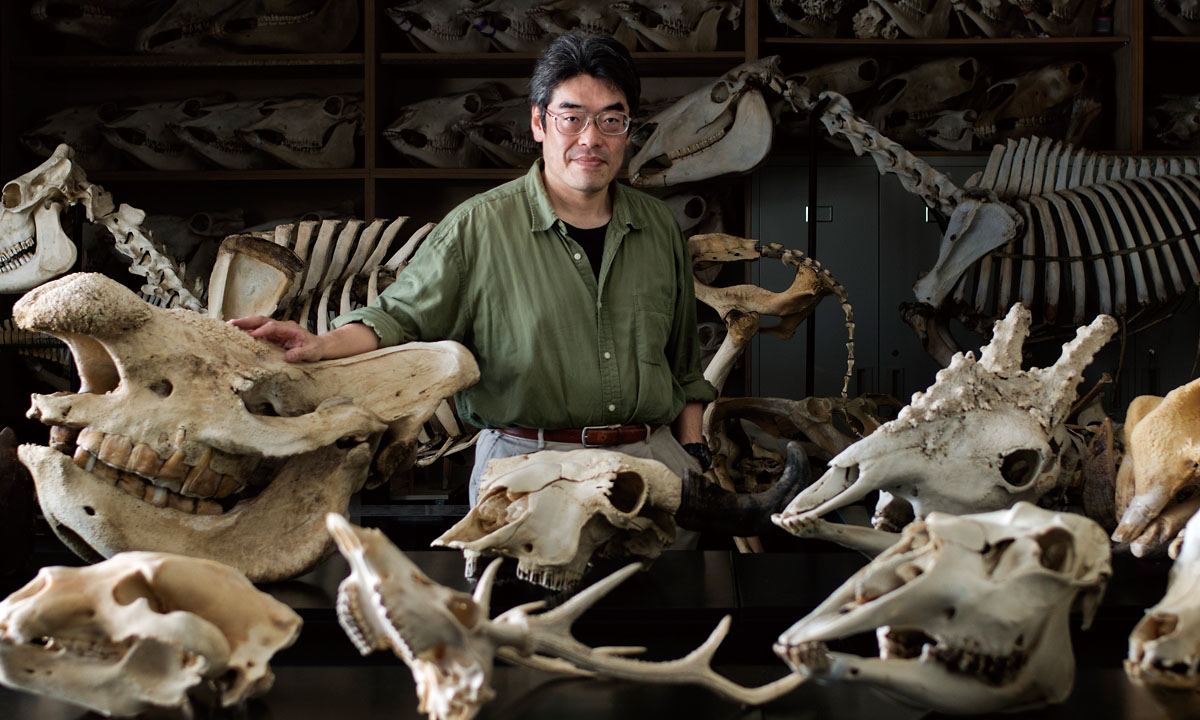 Professor Sasaki specializes in a research field known as functional morphology, in which the morphological adaptability to the environment and the adaptive evolution of animals are studied through analyses of the functional roles hidden in the forms of animal bones and muscles, including their movements. Animals he has studied include various ursids, primates, whales and pinnipeds (seals etc.), as well as elephants, rhinoceroses, kangaroos and owls. He has collected skeletal specimens from many animals for functional morphology analysis. The specimens are collected mainly by the dissection of donated corpses. In recent years, specimen analysis by CT scanning has also been conducted, enabling the more accurate analysis of the skeletal movements under the influence of muscles and tendons used to move bones.

One of Professor Sasaki’s research subjects is the functional forms of ursids. Polar bears, which are the largest ursids, are sometimes classified as a marine mammal from the viewpoint of functional morphology. They have a flat, narrow skull and a streamlined upper body adapted to swimming. Professor Sasaki says, “Every animal shape has some significance. Animals have developed sophisticated forms as a result of their long history of evolution. The best part of functional morphology is elucidating how such forms function.” He’s also been engaged in research on the range of motion of seal limbs. A seal has small fin-like forelimbs, and the portions outside the body are equivalent to human hands. In the water, these flippers play the role of fins; on land, they support the body and are used for locomotion. The professor is studying the way and the extent to which the bones of the limbs, including those of the forelimbs, move. As future goals, Professor Sasaki envisions elucidating the functions and ecology of such animals and applying the results of basic research on biomimicry to other fields, such as mechanical or robotic engineering. 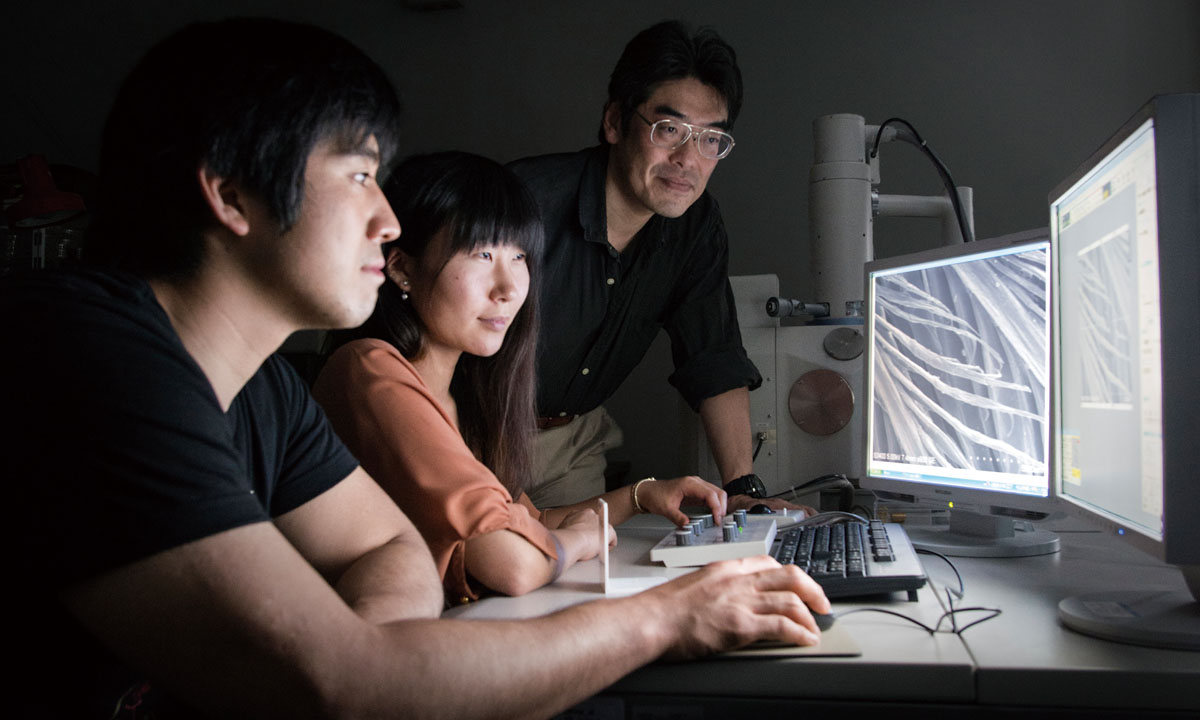 The professor also focuses on reproductive biology in addition to functional morphology. He analyzes the structures and functions of the testis, the placenta and other reproductive organs of domestic and wild animals. He seeks to elucidate the mechanism of seasonal spermatogenesis in seasonally breeding animals, such as sika deer, brown bears and whales. “I’m hoping to clarify how hormones are adjusted in the testes of seasonally breeding animals and how spermatogenesis restarts after it temporarily stops. I want to apply the results to the treatment and prevention of reproductive disorders in male domestic animals and zoo animals, as well as to the artificial reproductive technology for those animals.” To know about animals, he doesn’t think it’s necessary to observe the distinctions between academic disciplines. In some cases, his research focuses on exploring the mystery of individuals through the magnificent history of evolution; in other cases, it focuses on the universal functions of cells and organs. It can be said that Professor Sasaki’s research constitutes a grand project that takes in a wide range of viewpoints, both microscopic and macroscopic, with the ultimate goal of elucidating the whole picture of life processes.