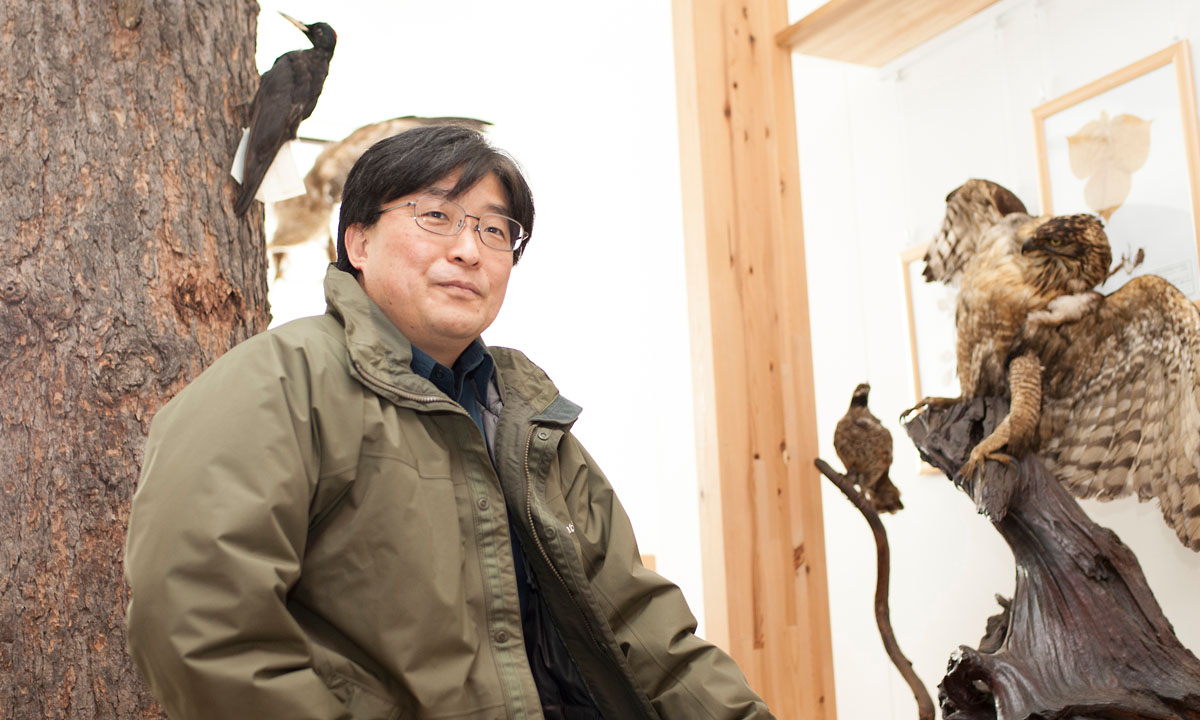 Professor Tatsuo Oshida is a pioneering researcher on flying squirrels, including giant and lesser flying squirrels. There are many researchers specializing in squirrel ecology, but very few in the world take Professor Oshida’s multifaceted approach, which embraces phylogenetics, taxonomy, morphology, cytogenetics and other fields. This is because it’s extremely difficult to study flying squirrels, which live in trees, and it’s also difficult for Western researchers to study giant flying squirrels, as they live occurring only in Asia. The professor chose to research flying squirrels, as their changes in distribution depend significantly on changes in forests, making them an ideal sample when considering the relationship between forests and animals. According to the professor, Japanese giant flying squirrels are especially important, as they serve as “a barometer of the forest environment.” As they’re larger than lesser flying other arboreal squirrels occurring in Japan, they depend on large, older trees, whose cavities are ideal for nest-building. A variety of broadleaf and conifer trees is also necessary for food feeding. Habitation by giant flying squirrels means an area is naturally abundant.

Professor Oshida says, “My research field is known as phylogeography, and it employs methods of exploring the evolution of wild animals in terms of geography and history. Human geography and history can be read from present circumstances and past cases, and the future can be predicted. I record the geography and history of animals using DNA analysis and morphology, as animals aren’t able to make records of their own.” With this method, it’s possible to guess where present species come from and how they’ve adapted to the local area.

The professor’s research currently explores “the universal principles behind the creation of endemic species on continents from continental fauna, including many narrowly distributed endemic species.” Put more simply, the research addresses the question, “Why are there so many rare species only in a particular area?” A research project covering the three years from 2014 is under way on the northern Indochina Peninsula. The professor explains the reason for selecting the area. “This area is a reservoir of rare and endemic species, including the saola, a bovid species discovered in Vietnam in 1992 and known as the ‘Asian unicorn’.” His main research subject is the inornate squirrel, which is endemic to northern Vietnam. DNA analysis of squirrels is conducted jointly with a local research institute. 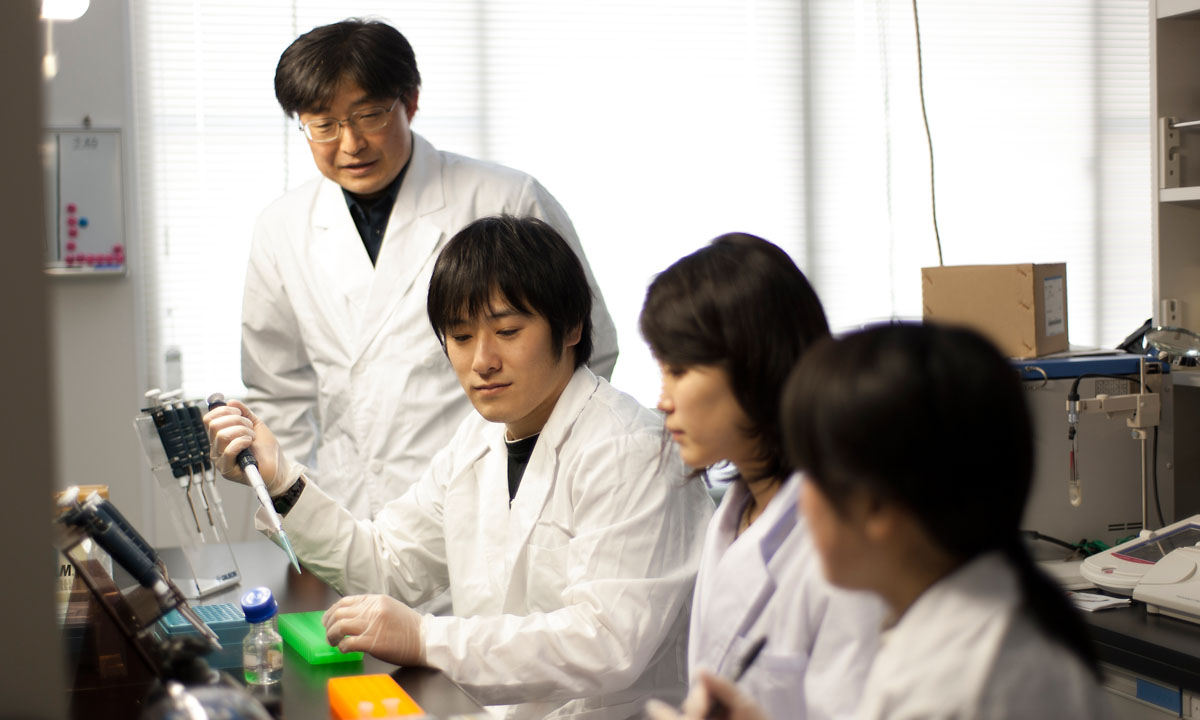 In Professor Oshida’s research method, a hypothesis is formulated before being tested through investigations. As a reason for the unusually high concentration of rare species in northern Indochina, the professor hypothesizes “division by rivers.” He attributes the unique evolution to unswimmable distances. Although DNA analysis of the inornate squirrel is still under way, when the species appeared and whether it’s closely related to other species will be determined. “Even if the evolution process of the inornate squirrel is clarified, it’ll be like only one piece of a jigsaw puzzle is put in,” the professor says. “The whole picture I want won’t be found to find in my lifetime. But I’ll still be happy as a researcher to know whether the pieces I’ve gathered are part of a landscape or a portrait.” Professor Oshida will continue to trace his grand ambitions with the world of science as his canvas.