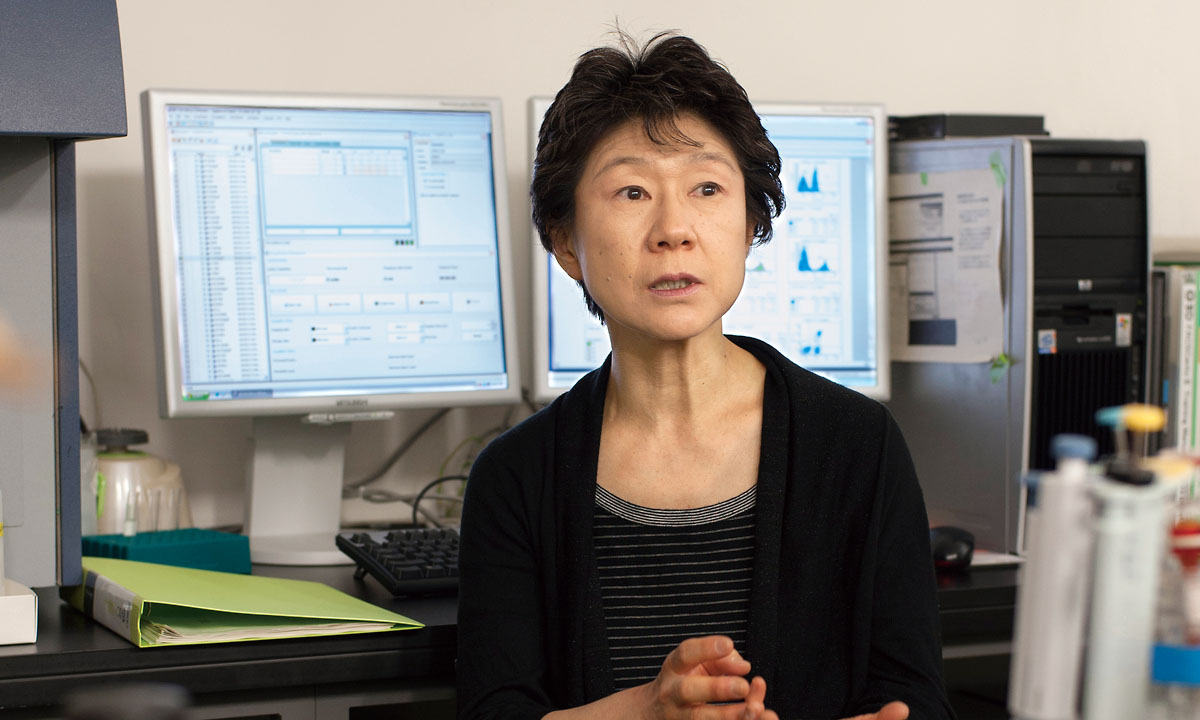 Professor Ogawa’s research targets influenza, which is a viral infection caused by influenza viruses. She has a detailed knowledge of avian influenza, which is recently recongnized as a zoonotic disease, and she aims to develop new methods of diagnosis, prevention and treatment. There are three types of influenza viruses—A, B and C—and all of humankind’s worst pandemics have been caused by Type A. The natural hosts of Type A viruses are thought to be wild waterfowl. Avian influenza virus essentially doesn’t cause illness in waterfowl and is unlikely to infect humans. But if gene mutation occurs in a virus while it’s multiplying in an infected host cells, it may turn into a virus that infects humans and spreads like wildfire. Still fresh in our minds is the highly pathogenic H5N1 subtype of avian influenza virus, which caused serious illness when it infected domestic poultry and humans.

“Viruses of the H5N1 subtype are thought to have been brought from other countries by migratory birds,” the professor says. “It’s impossible to restrict the movements of wild birds, but if the viruses they carry are examined, it’ll be possible to take the most thorough measures to prevent a spread when a pathogenic virus is found.” Hokkaido is a relay point for migratory birds flying south from Siberia and north from Southeast Asia and Honshu. To collect droppings, Professor Ogawa visits places in Hokkaido that are frequented by migratory birds; she isolates influenza viruses from them and analyzes their properties, origins and other matters.

By analyzing the genetic charactreristics of such influenza viruses and by making inquiries with gene banks, it’s possible to find viruses that are similar to the influenza viruses that have been isolated in Hokkaido. Since Type A influenza viruses have eight viral RNA segments as genome, the origins of viruses can be traced by identifying similar genes in cases genetic recombinations occurred in a host who’s concurrently infected with two strains of influenza viruses. Once, a virus quite similar to the one isolated in Australia was found in stint droppings collected by the professor in eastern Hokkaido. One of the eight segments of the viral RNA differed significantly between the two viruses, and the virus from the stint in eastern Hokkaido was found to be pathogenic, whereas that in Australia was found to be non-pathogenic in mouse experiments. This gave a clue to identifying the genes related to pathogenicity. “Since many things about avian influenza, such as infection routes and gene mutations, remain unknown, it’s possible to contribute to the human battle against influenza viruses by elucidating such things. Such infectious viruses are carried by wildfowl irrespective of national borders, so the problem should be addressed on a global scale.” Professor Ogawa emphasizes the importance of international cooperation. “It’s important to conduct international joint research and to exchange information. The research must be conducted on a global scale.” 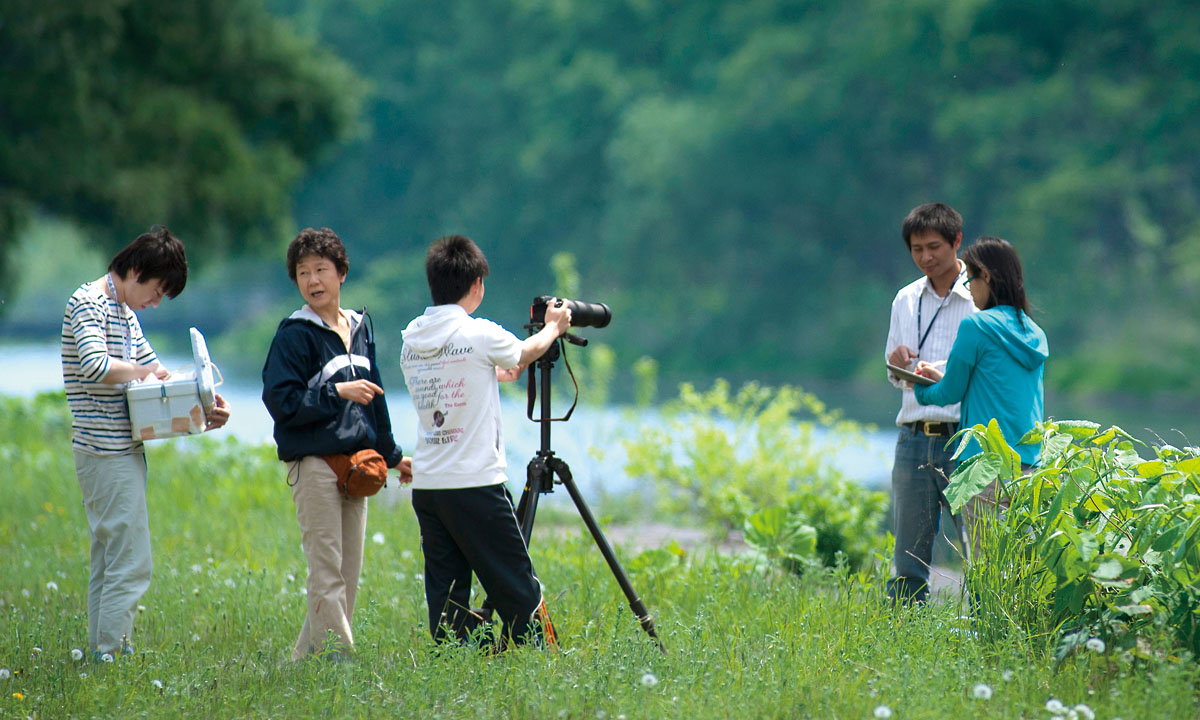 Her laboratory has been developing a quick, simple antibody detection kit and anti-virus materials, in addition to having elucidated the evolution of avian influenza viruses. A project to develop an effective vaccine has been launched, and research on the production of a new vaccine using genetically modified chicken eggs has been conducted. The battle against influenza continues, as mutations recur and new viruses constantly emerge somewhere in the world. Professor Ogawa will continue her researches to support public health and the animal hygiene.