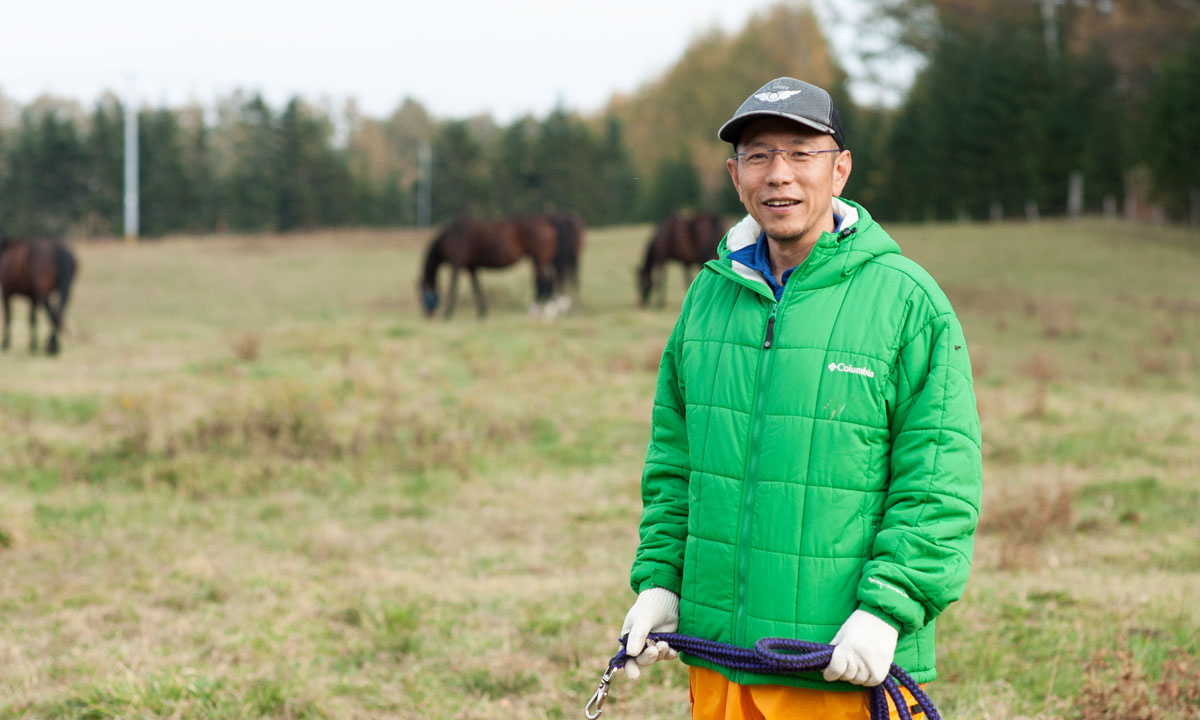 Professor Nambo was engaged in thoroughbred production and research for the Japan Racing Association (JRA) for more than 20 years. One of his achievements with the JRA was the establishment of the “light control” method, which solved a pressing problem faced by farm owners. It’s a known fact that thoroughbred breeding is permitted only by natural mating and only purebred horses are considered thoroughbreds. It was heard from many farm owners that they were having problems with horses not mating in spring, even though it was the only season when horses, being seasonal breeders, are supposed to mate. Professor Nambo says with a smile, “Light control” is a method of letting mares know that spring has come by keeping lamps in stalls lit for certain hours. As a result, their hormonal secretions are stimulated and ovulation occurs. This simple, side-effect-free method has gained a good reputation and is now widely used in horse breeding areas.

Professor Nambo established an ultrasound image inspection system for pregnant horses in 2012, when he was the chief of the Equine Science Division of the Hidaka Training and Research Center. In the conventional method, only two inspections were usually performed, around 16 and 35 days after mating, for both the pregnancy test and checkup. The depth obtained with an echo probe used for rectal examination is approximately 10 cm. Although it’s necessary to insert the probe deeper as the uterus enlarges and drops, this couldn’t be achieved with conventional equipment. The pregnancy term of horses is 335 days, the longest of any domestic animal, but the next time the veterinarian examines the horse is usually at delivery. It takes 20 to 30 minutes for a horse to give birth, compared to one to four hours for a cow. If a difficulty in delivery arises during this short time, the possibility of stillbirth is high. Even when a problem is found, in many cases it’s too late to do anything. Professor Nambo explains, “Fifteen percent of pregnant thoroughbreds are unable to deliver healthy babies. To solve this problem, Professor Nambo developed a convex probe that can reach depths of 25 to 30 cm. The unique shape and excellent angle adjustability greatly expanded the observation range. By attaching an image monitor to the ultrasound diagnostic device, placental thickness and the growth and sex of the fetus can be determined instantaneously. This method enabled the professor and his team to capture three-dimensional (3D) images of a horse fetus for the first time in the world. Professor Nambo has high expectations for its effectiveness in periodic examinations. “By constructing 3D images from a series of scanned images, it’s possible to show real-time 3D images that is, fetal movements in the uterus. Periodic examinations throughout the pregnancy will enable the early detection of illnesses and abnormalities which will increase the rate of normal births.” 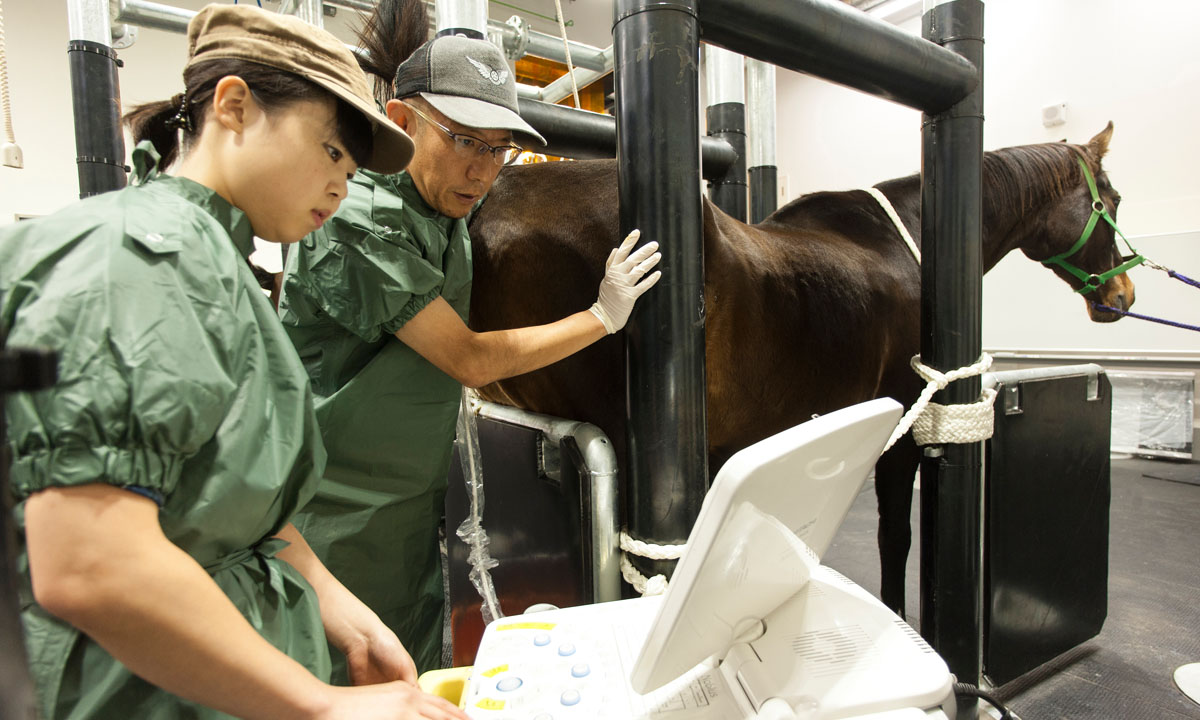 The professor’s latest endeavor is a study of Japanese heavy draft horses, which are among the largest horses in the world. Around 40 draft horses have been examined four or five times during their pregnancy. Measured values will be compared with those of thoroughbreds to develop a fetal growth model that’s unique to draft horses and to develop a new method of detecting abnormalities during pregnancy. The possibility of sex determination and the relationship between fetuses and hormonal changes will also be studied. “Through this research, we should be able to determine, for example, the process and causes of abortions (miscarriages), which occur more often in horses than in other animals,” Professor Nambo says. The research results will contribute to productivity improvements not only for draft horses but also for thoroughbreds and to the breeding of large rare mammals.