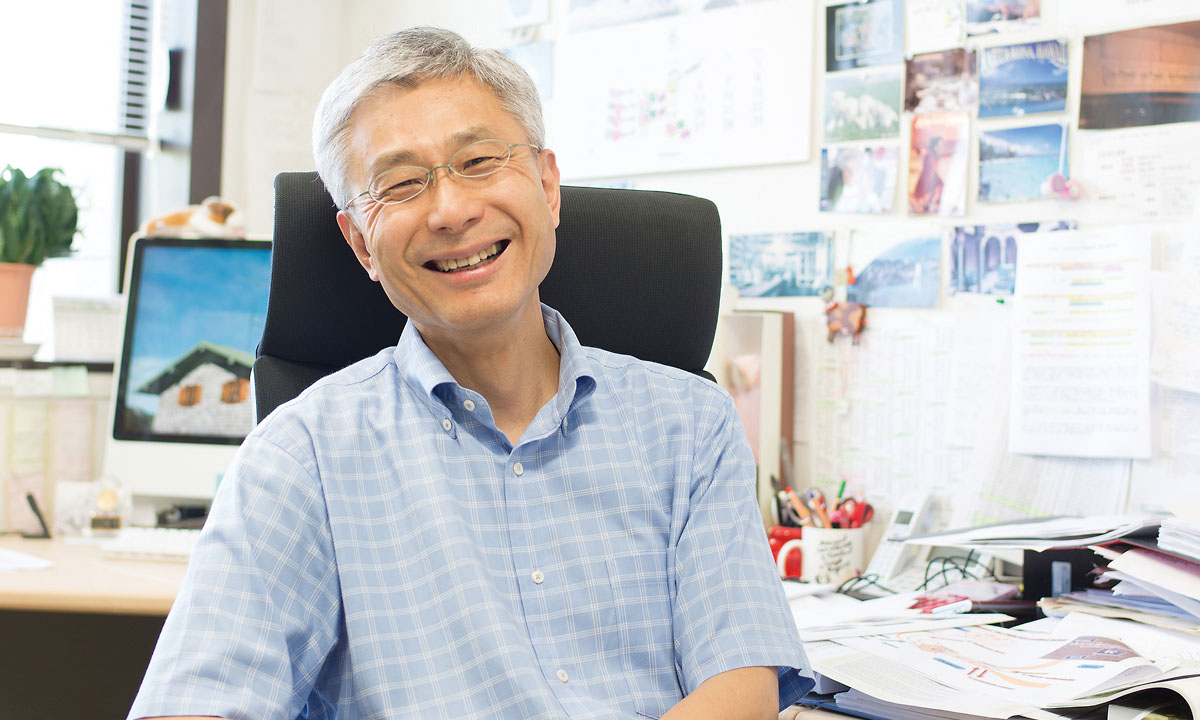 Professor Miyamoto specializes in cattle reproductive physiology and technology. According to him, many dairy cows have become sick because maintaining a large amount of milk production, which has drastically increased in recent years, requires great expenditures of energy. The professor focuses on the relationship between health, immune function and reproduction as a key to solving this problem. His research subjects are the life and death of the corpus luteum, in which he studies changes in the corpus luteum, a physiological structure that supports pregnancy by secreting pregnancy hormone, progesterone, and the immunology of the oviduct, where the sperm and ova meet and fertilization occurs. In both cases, the observation of dairy cows at the biological level is necessary. Both corpus luteum growth and involution are rapid. An observation ultrasound device is inserted from the anus of a dairy cow. The device observes changes in blood in the corpus luteum and angiogenesis, in which a new vascular network is established from existing blood vessels, by detecting the speed and direction of blood flow. Blood samples are also collected for tests on serum hormones, including progesterone from the corpus luteum, changes in immune cells in the blood flowing throughout the body and the reproductive organs, and the expression of certain substances and genes at the levels of the tissue and the cells. “Encountering new discoveries and mysteries in the course of examination is really exciting thing about research,” Professor Miyamoto says with a smile. When observing the oviduct, which is a small duct-like structure that delivers fertilized eggs of only 0.2 mm in diameter to the uterus, a system for culturing oviductal cells is mainly used. He is also studying a substance secreted in the oviduct that inhibits invasion by neutrophils, which are white blood cells, towards clarifying how sperm survive neutrophil attacks and how fertilization occurs safely in the oviduct.

His starting point as a researcher was when, as a graduate student, he was shocked by detailed observations of the secretion of various hormones from the ovary of a cow in a series of research papers. He went to the Technical University Munich in Germany, which was the base of that research project, but it had finished by the time he arrived. Although disappointed, he had repeated discussions with the head in charge of the university’s research institute to find a new avenue of research. Since many researchers had already started studying serum hormone measurement using living cow and also cell culture systems, he worked on the development of a new observation method. As a result, he developed a method of measuring substances by embedding thin artificial blood vessels in the ovary of a dairy cow and collecting the effluxes. He was the first person ever to observe what kinds of substances are secreted in the ovaries and how they change. In recognition of these results, in 1999 he received the Shimamura Award, which is an academic award given by the Society for Reproduction and Development. It was a remarkable accomplishment for a bovine researcher to win the Shimamura Award, which is an award for basic research normally using the mouse model. “Significant results cannot be obtained by combining methods that already exist,” Professor Miyamoto says. “It’s important to have the courage to put new ideas into practice and to develop technologies and methods to verify them. 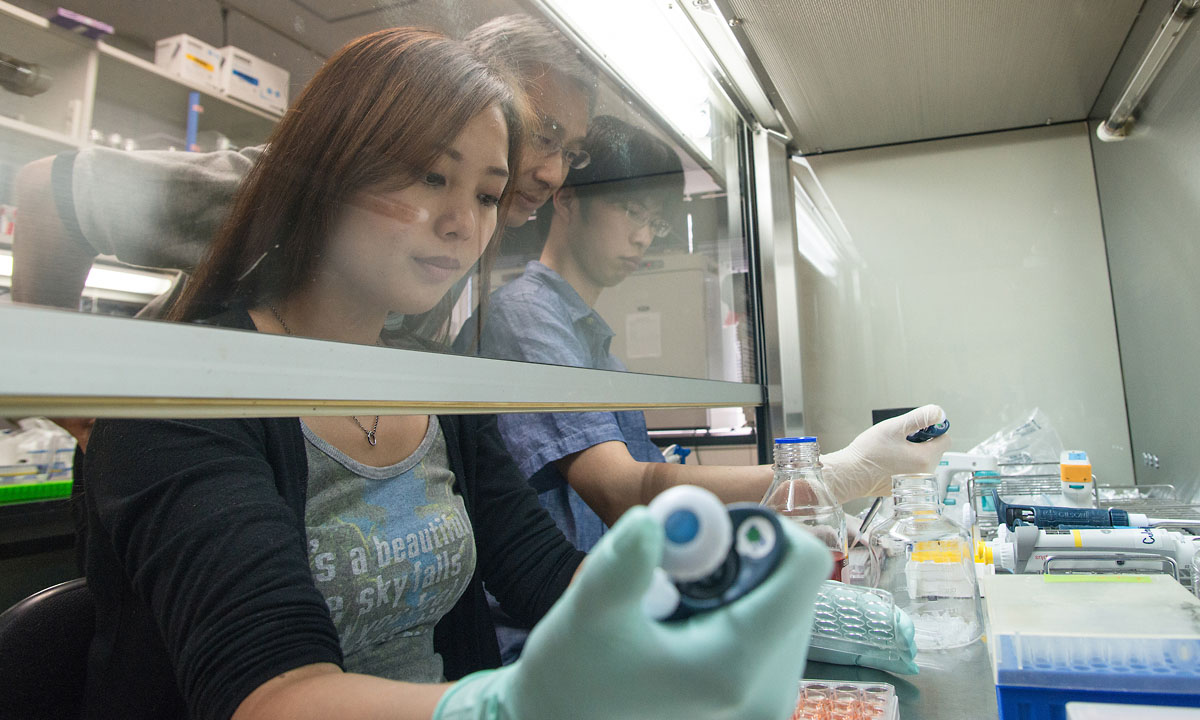 In his current research on the immunology of the oviduct and the life and death of the corpus luteum, he’s trying to visualize basic phenomena as much as possible, in order to find evidence that’ll be convincing to anyone. He’s trying to develop basic ideas for phenomena that cause problems and for scientific information that’s useful for handling such phenomena in a logical manner. “My research doesn’t just focus on reproduction”, he says. “It extends to a wide range of basic fields, including physiology and immunology. To provide scientific information to a wider audience, I always present my research results in the form of research papers or review articles in English journals, in addition to presentations at international academic meetings.” There’s no doubt that this attitude will contribute to the development of the agriculture and livestock industries around the world.