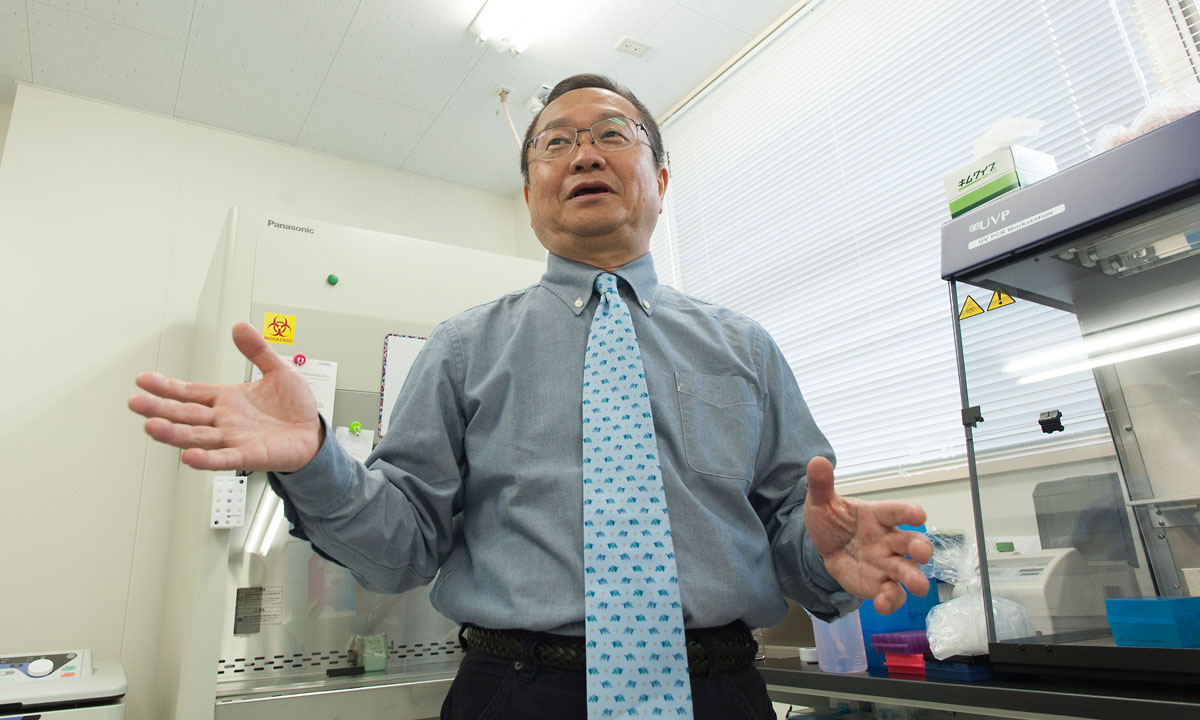 Professor Kurazono has been devoting his life to “pathogenic bacteriology,” which explores the process of how diseases are caused by bacteria. His shock at seeing humans and animals killed by invisible bacteria when he studied food poisoning as an undergraduate student led him to become a specialist in this field. Food poisoning was also his first subject of research. He studied the botulinus bacterium in West Germany before the reunification of that country, as that bacterium especially sparked his sense of inquiry. Another known cause of food poisoning is the O157 bacterium strain, which was isolated for the first time after hamburgers caused mass food poisoning in the United States in 1982. It’s an enterohemorrhagic strain of E. coli, and its name comes from the 157th type of O-antigen (cell well-derived) on the bacterial surface. In Japan, it was first found at a kindergarten in Urawa in 1991, a case in which Professor Kurazono was involved in diagnosis from the beginning. He says, “The case in Urawa was classified as O157 only because the pathogen had been identified in the U.S. The symptoms occur by the following mechanism. (1) A toxic protein is synthesized in E. coli from a toxic gene included in the genetic information of a bacteriophage infected by E. coli, and this toxin is secreted outside the bacteria cell. (2) The toxin damages the intestinal tract wall and causes bleeding, and the absorbed toxin is transported by blood and damages the kidneys. In other words, food poisoning is caused by the protein toxin, and not by the bacterium.” As a diagnostic method, a DNA detection method in which specific strands of bacterial DNA are amplified is used. A more accurate diagnosis will become possible by direct detection of the toxic protein.

Another thing that must be mentioned when talking about Professor Kurazono is “bacterial urinary tract infections.” These diseases are thought to be zoonoses that cause bladder inflammation and pyelonephritis in both humans and pets. The professor started studying it because he thought, “Uropathogenic E. coli might be the key to clarifying the pathogenic mechanism of bacterial urinary tract infections, as it has pathogenic genes similar to those of cholera bacilli.” Then he found USP, which is a pathogenic factor of urinary tract diseases unique to uropathogenic strains of E. coli (UPEC). Of the bacteria causing urinary tract infections, UPEC accounts for more than 80%. Since the newly discovered pathogenic factor USP exists uniquely and frequently in UPEC, the creation of an anti-USP vaccine is expected to decrease urinary tract infections. Professor Kurazono says, “Infections can be cured with antibiotics, but bacteria are becoming increasingly drug-resistant. The goal of my study is to establish a treatment method that doesn’t rely on antibiotics, and to do this before these medicines have lost their effectiveness. I’ve already found some potential treatments.” He also feels that antibiotic treatments are limited, in that most naturally existing sources of antibiotics (biological resources) have been exhausted. 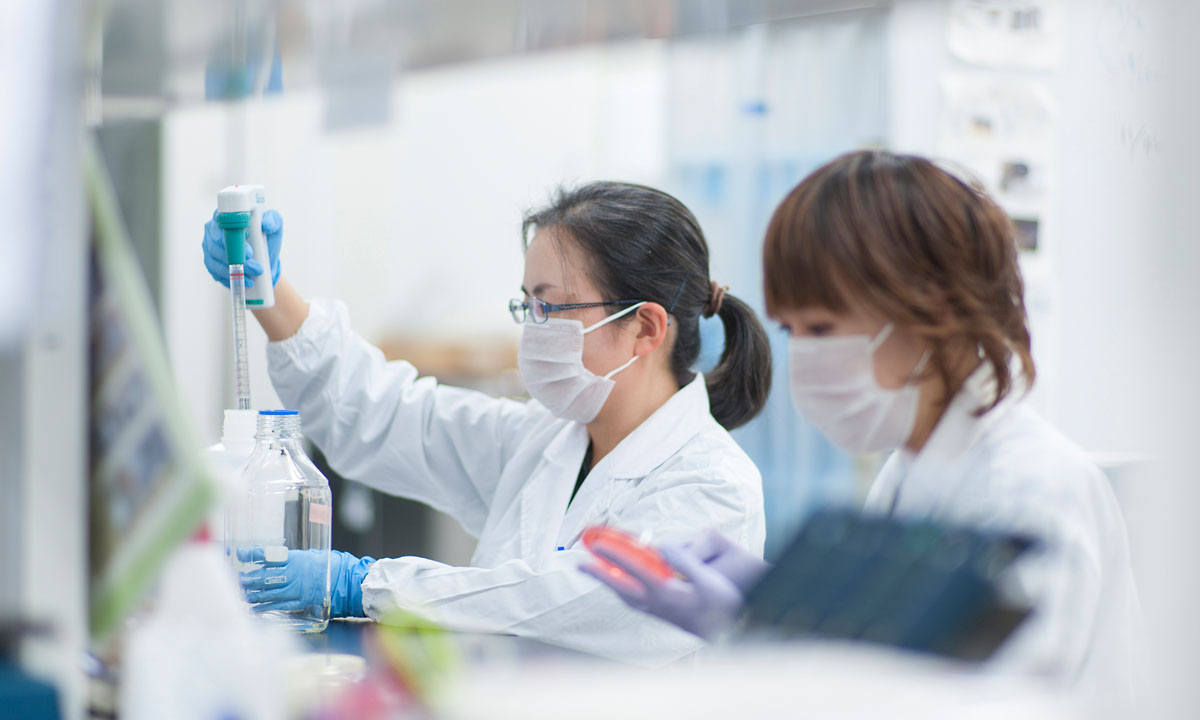 Professor Kurazono conducts research with the mindset that a single success in ten attempts can be considered lucky. The most important thing is, of course, to make steady efforts, but if nothing works, it’s also important to change one’s mindset and come at the problem from another direction. Although new treatments for urinary tract infections are still in the development stage, it won’t be too long before many suffering patients, pets and their owners will hear good news.