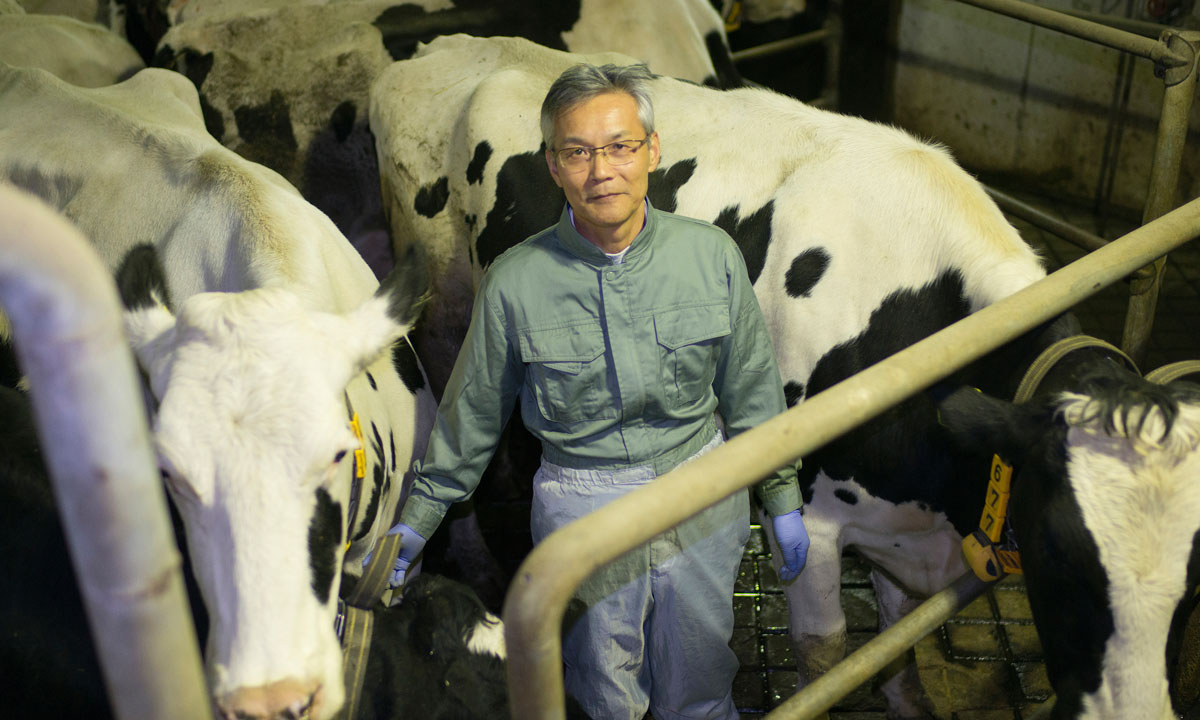 After gaining clinical experience as a veterinary clinician, Professor Katsuya Kida switched to a career in research at the Large Animal Clinic and Research Center of the Hokkaido NOSAI. At the Center, he’s engaged in developing a diagnostic tool for determining the health conditions of cows through blood testing. This “metabolic profile test; MPT” is like a complete medical examination for cows. “From blood metabolites values, it can determine whether the amount of feed is adequate and whether the cow reproductive status are appropriate,” Professor Kida says. “I’ve visited farms within and beyond Hokkaido and tested nearly 140,000 cows. This MPT is my identity.” It’s no exaggeration to say that he was instrumental to the spread of MPT method in Japan. Professor Kida next focused on the fact that cow diseases were not decreasing and cow’s fecundity was deteriorating even in our modern days of remarkable technological innovation. Foot diseases, which are among the three most common types of cow diseases, are a major cause of death in cows. They have resulted mainly from weight gains due to genetic improvements, improper nutritional management and breeding environments that adversely affect the hoofs. In terms of nutritional management, large amounts of concentrate mixed with grain are given to cows after calving, as they tend to lose body weight due to energy deficiency. The weight can be regained as a result, but laminitis, which is a hoof disease, frequently develops. “This disease causes suppuration of the hoofs and pain, resulting in reproductive disorder,” the professor says. “If such management is inhibiting the health of cows, the real issue may be the feed. I returned to my alma mater to verify the mechanism and return the results to the field.”

A cow’s stomach consists of four parts. Feed passes through the esophagus and enters the rumen, where trillions of microorganisms ferment and degrade it. The products of that fermentation are absorbed as sources of energy and are turned into milk. However, if grain is given in excess, a large amount of acid is generated in the rumen, and it kills the microorganisms. As a result, deadly poisons known as endotoxins or lipopolysaccharide; LPS are produced and these cause rumen acidosis. Although this disease was known to cause laminitis, its relationship with feed hadn’t been proven. Professor Kida then conducted an experiment on lactating cows after calving. He eventually tested two groups of 17 cows each, increasing the input of concentrate by the same amount but making this increase over the course of 3 weeks for Group 1 and over the course of 4 to 5 weeks for Group 2. No differences in the amount of milk were found between the two groups. Endotoxins in the rumen increased in Group 1, although blood testing found that group to be superior in terms of energy. The number of cows that developed laminitis was four in Group 1 but zero in Group 2. Normal recovery of estrus was found in six cows in Group 1 and eleven in Group 2. The professor says, “To tell you the conclusion first, giving concentrate at a high rate over a short period adversely affects the rumen, the hoofs and reproduction. Cows are ruminants, as well as being grass-eating animals, so they can’t cope with the sudden increase of grain. Maintaining a sound environment in the rumen is the key to health.” 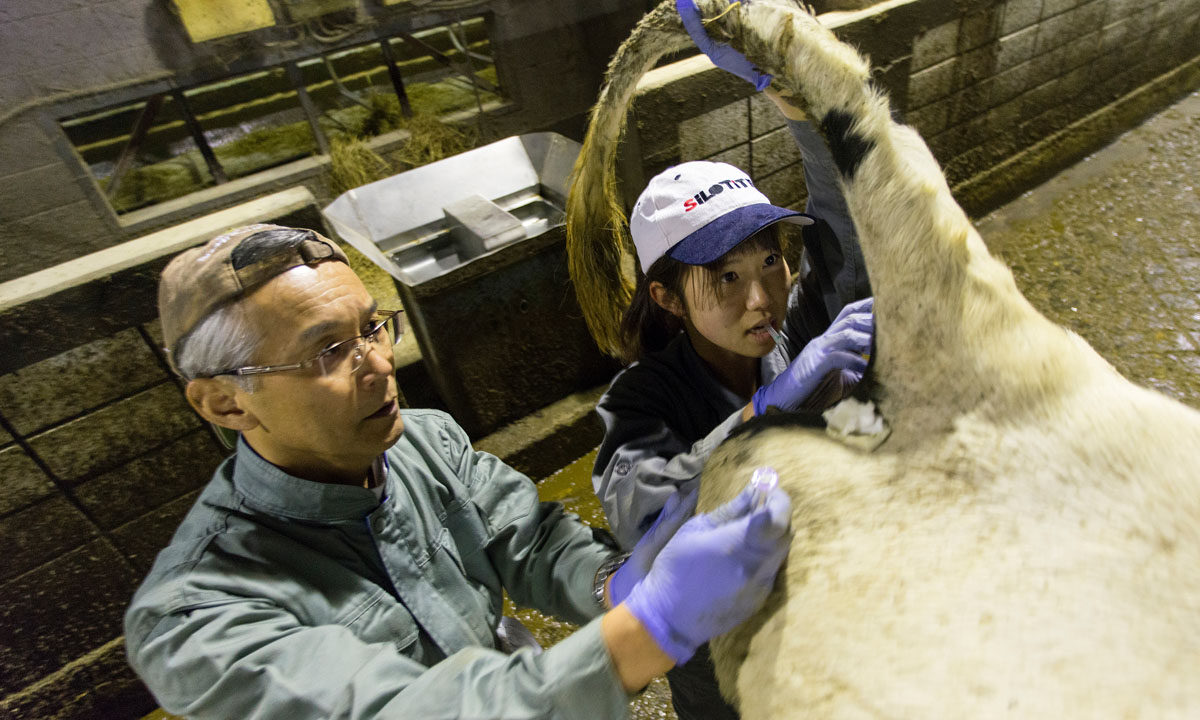 Professor Kida also studied the influence of changes in feed quality on the health of 70 cows for one year. Ammonia and mycotoxins, which are produced by fungi, in feed increase with increase in the atmospheric temperature. The answer from the research data was that good feed contributes to the soundness of the rumen and to increases in pregnancy rates. The results successfully proved the professor’s theory that “Cows display their innate potential only when their health is properly maintained.” A study of the mechanism of development of diseases is under way. If this mechanism is elucidated, it will serve as an encouraging guidepost for dairy farmers, just as the metabolic profile test has been.