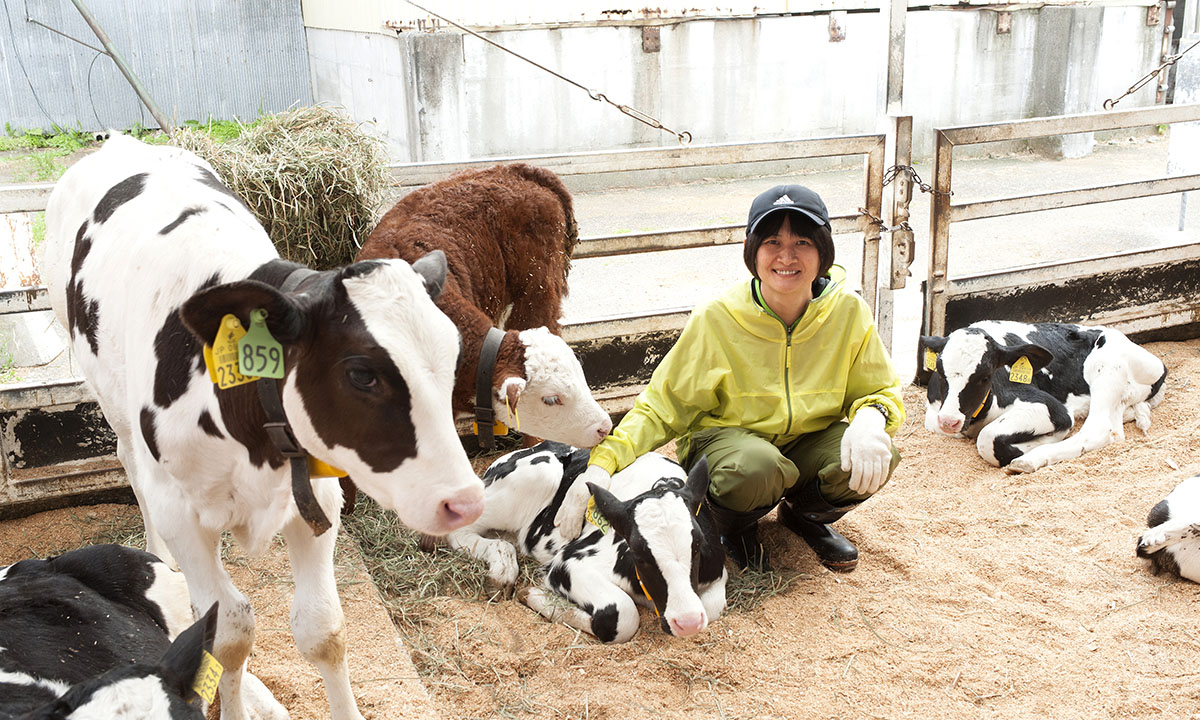 “I was raised in Otaru, which has few cattle,” Associate Professor Kawashima says. “When I entered this university, my first interest was plants. I never imagined I’d become who I am today.” This is surprising, given that the main subject of her current study is bovine health and longevity.

When she was a third-grade student in what was then the Department of Agro-Environmental Science at Obihiro University of Agriculture and Veterinary Medicine, her laboratory had sheep. While taking care of the sheep, she realized her innate love for animals. For her graduation thesis, she conducted an experiment using cattle. Once she finished her graduate studies, she wrestled with choosing between work and research. She decided to take a job, in answer to her question, “Am I just taking advantage of the comfortable environment of the lab? Do I really want to pursue my research?” After working for approximately a year and a half at a food company, where she was involved in tests for food poisoning and other work, her desire to continue her studies started to grow. She returned to the university as a researcher and is continuing her studies as an associate professor.

“The turning point was my pregnancy,” Associate Professor Kawashima says. “Once when I was reading a parenting magazine, I recognized the huge difference between how we see human childbirth and how we see bovine calving. For humans, the main focus is on the baby, that is, how to make your pregnancy benefit your baby’s health and how to eat well once you’ve given birth. For cows, the main focus is on productivity. All that matters is what should be done for the next calving, and there’s no consideration of the calf’s health. Some calves aren’t as good as they could be when they’re born and even when they’ve fully grown. I wondered if there was any relationship between such calves and the nutrition of the mother cows during pregnancy, and this clarified my research goal.”

Associate Professor Kawashima, when she was a fellow researcher, worked hard on the sampling of postpartum cows. She took blood samples from cows at the university four times a day, every six hours, in order to check their hormonal levels during the follicular phase from calving until first ovulation. Three people including students from the lab shared the work of blood sampling, which was drawn under conditions that were as natural as possible because a catheter was not used.

“Blood was sampled over a period of approximately two months. It was mid-winter and very cold. After we’d sampled the blood several times, the cows started come to us or to the same bed at sampling time. We became able to tell the cows apart just by looking at their tails. The research paper that reported the examination results have received many responses from the veterinary medicine community, and it’s the most frequently cited of my research papers. I’m encouraged by the fact that my studies have been able to support researchers even in fields outside my area. I was told by researchers outside Japan that only Japanese would do such painstaking sampling.”

Associate Professor Kawashima’s studies started from checking nutritional and metabolic conditions, as nutrition is the foundation of health.

“It’s assumed that good nutrition in pregnancy improves the health and immunity of pregnant cows, and as a result healthier calves are born,” Associate Professor Kawashima says. “The questions here are what nutrients should be given to pregnant cows, when should they be given, and are there any problems in calf rearing management that prevent calves from growing as well as they should. The current task is to answer these questions. Silage and other roughage help cows stay healthy and become strong, and their use promotes the keeping ruminal condition and cows health. Concentrates should be given to cows at the same time; otherwise, they won’t produce enough milk. It’s impossible to make a sweeping judgment about what feeds are better than others in Japan, a country that relies on imported feed. Anyway, I hope the results of my research will achieve widespread application.” 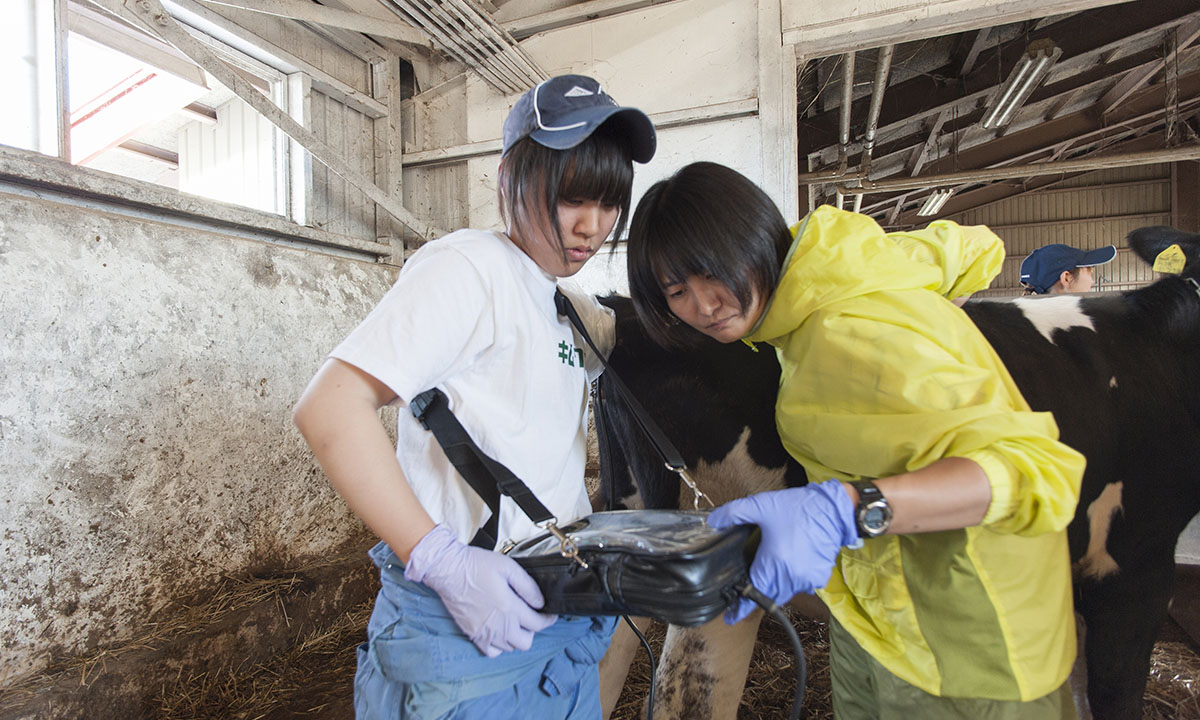 As cows are the subject of Associate Professor Kawashima’s research, she sticks to a rule that the experiments on cows should be kept a minimum in consideration of the cows. She also instructs her students to take notes whenever they find anything unusual about cows. This is because she wants her students to become researchers who understand that each cow has different characteristics and who are able to notice these differences.

“Cows work to produce milk,” Associate Professor Kawashima says. She openly expresses her love and camaraderie for them. “Both cows and humans are workers. Ever since becoming mother, I’ve felt closer to cows.”

The associate professor is also involved in writing for dairy farmers in the hope that dairy farmers will deepen their knowledge about cows from the perspectives of biology, nutrition and behavioristics. Unlike in her research papers, she gives explanations in plain language and avoids using technical terms so that everyone can understand. She sometimes illustrates her writing.

“As mechanization advances, farmers tend to fail to observe cows with their own eyes,” she says. “I hope I can help dairy farmers by having them understand the nature of cows and offering management procedures that are appropriate for cows and the region.”

When asked about her future goals, she answers, “To build my physical strength.” The university has more Holstein cows than any other university in Japan. According to her, studying these cows takes physical strength. Currently, she cannot be present at nighttime calving because her own child is still small. “Once my child is a bit older, I expect to attend calving and extend my research area.”