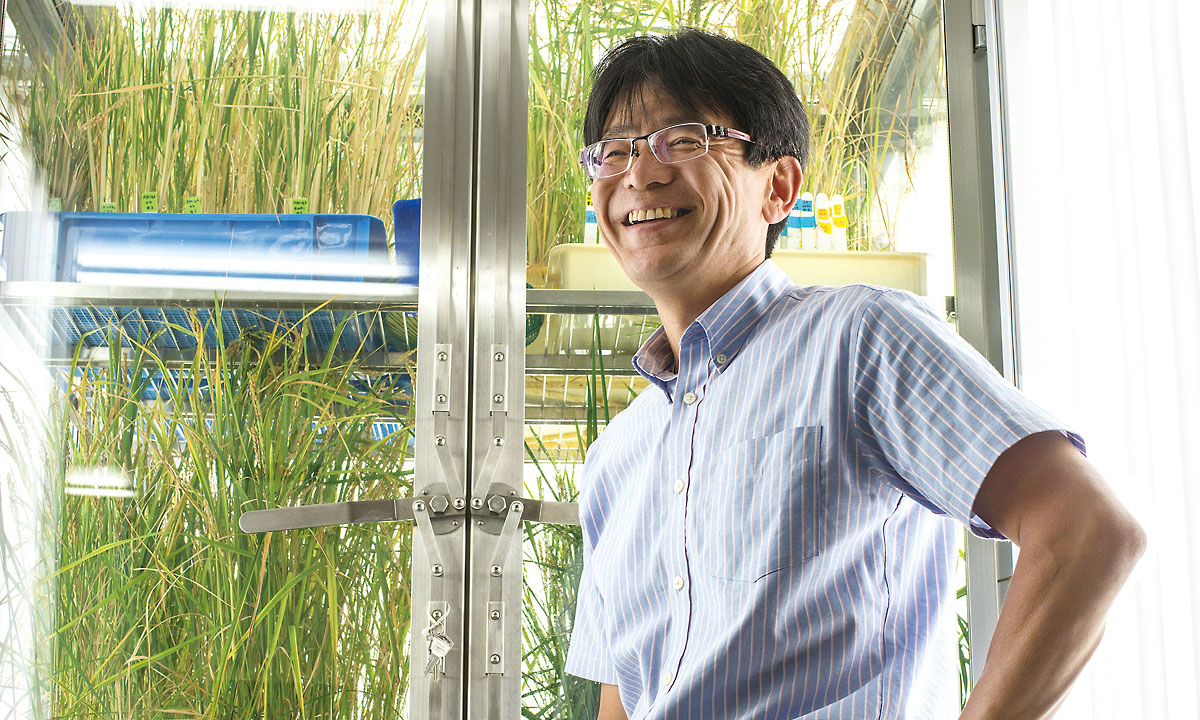 In December 2004, the sequencing of the entire rice genome was completed. The genome is found in various cells, and it serves as a blueprint for the characteristics of the plant. This genome information was published on the Internet, thus establishing a foundation for significant technological developments in breeding. The processes of crossing breeds with different characteristics and selecting those with the desired combinations of characteristics or the desired enhanced traits have been repeated many times. As a result of genomic analysis, it has become possible to promote or impede the activities of specific genes.

“Rice is one of the world’s three main crops,” says Professor Kiyoaki Kato, who specializes in plant breeding and genome science. “Completion of the genomic analysis for rice has significantly broadened the choices of technologies to solve food problems.” In the professor’s laboratory, rice breeding technologies have been developed mainly through rice gene research. Examples of such research include a genetic study on preventing food allergies by strengthening the mucosal barrier of the intestine and inhibiting the absorption of allergens through rice consumption and on developing cold-resistant breeding technology to enable stable rice production in cold years by making rice more hardy against the cold.

Genomic analysis starts by determining the base sequences of the DNA molecules forming the genome. Since the sequences are mere sets of four nucleotides: adenine, thymine, guanine and cytosine (ATGC), it’s difficult to determine the locations of important genes from all the genomic base sequences. In the case of the rice genome, a mind-boggling amount of work is involved, as it’s necessary to discover genes with the desired functions from more than 300 million base sequences. “I can’t help grinning when I find genes with the desired functions,” Professor Kato says. But finding genes isn’t the end of the research. It takes six months to make clones, which enables the isolation and replication of the genes, and then a year to cultivate cloned, genetically modified rice and determine whether it displays the desired characteristics. This is where the gene hunt finally ends. The identified genes are the true fruits of the efforts and passion of the professor and the students who work toward this shared goal. 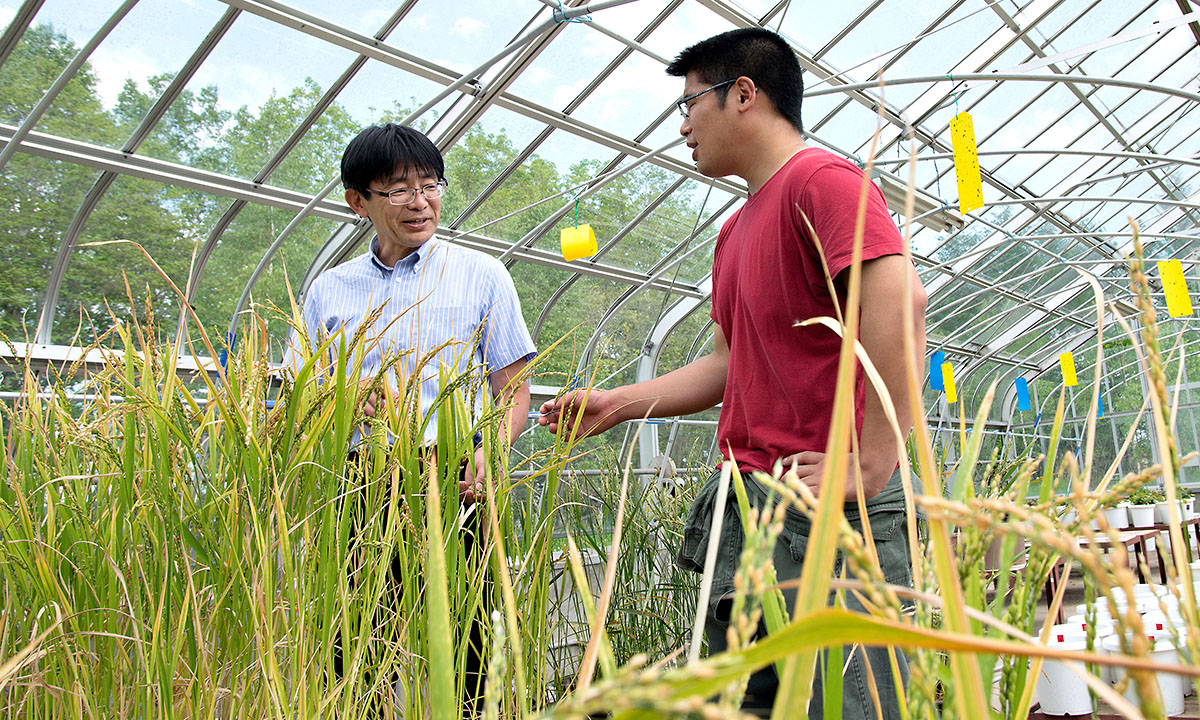 The main duty of Obihiro University of Agriculture and Veterinary Medicine is to return its research results to the local community. The Tokachi region, where Obihiro is situated, is one of Japan’s leading food bases, boasting of a food self-sufficiency rate of approximately 1,100%. Professor Kato has started genomic analysis of locally produced adzuki beans, which account for 30% of domestic adzuki production. It’s common knowledge that sweets made with adzuki bean paste from Tokachi are very popular. However, as adzuki beans are sensitive to the cold, one aim is to discover genes that confer cold resistance. The soybean genome, which has already been sequenced, is used as a reference in the genomic analysis of adzuki beans. The greater is the progress in plant genome analysis, the greater are the technological options for solving food problems, resulting in significant benefits to humankind. “What we should remember is that breeding plays a significant role in, for example, realizing the reliable, abundant supply of the food we see in supermarkets, which is just like the air that we breathe without being conscious of it.” We should take Professor Kato’s words to heart.