Equine piroplasmosis is a disease caused by Theileria equi and Babesia caballi in equines, including horses, donkeys, mules, and zebras. The infections with these pathogens have also been reported in camels and dogs, but the significance of these non-equine hosts in the epidemiology of equine piroplasmosis is unclear. Theileria equi can be divided into 5 genotypes (A – E) based on 18S rRNA sequences. A recent study characterized an isolate belong to genotype C as a distinct Theileria species, known as Theileria haneyi. This finding together with unusually high genetic diversity of 18S rRNA indicates that several Theileria species are now collectively known as T. equi.

Equine piroplasmosis has a worldwide distribution (Fig. 1). Only a few countries, including Japan, USA, Canada, UK, Northern Europe, Iceland, Greenland, New Zealand, and Australia, are known to be free from the disease. 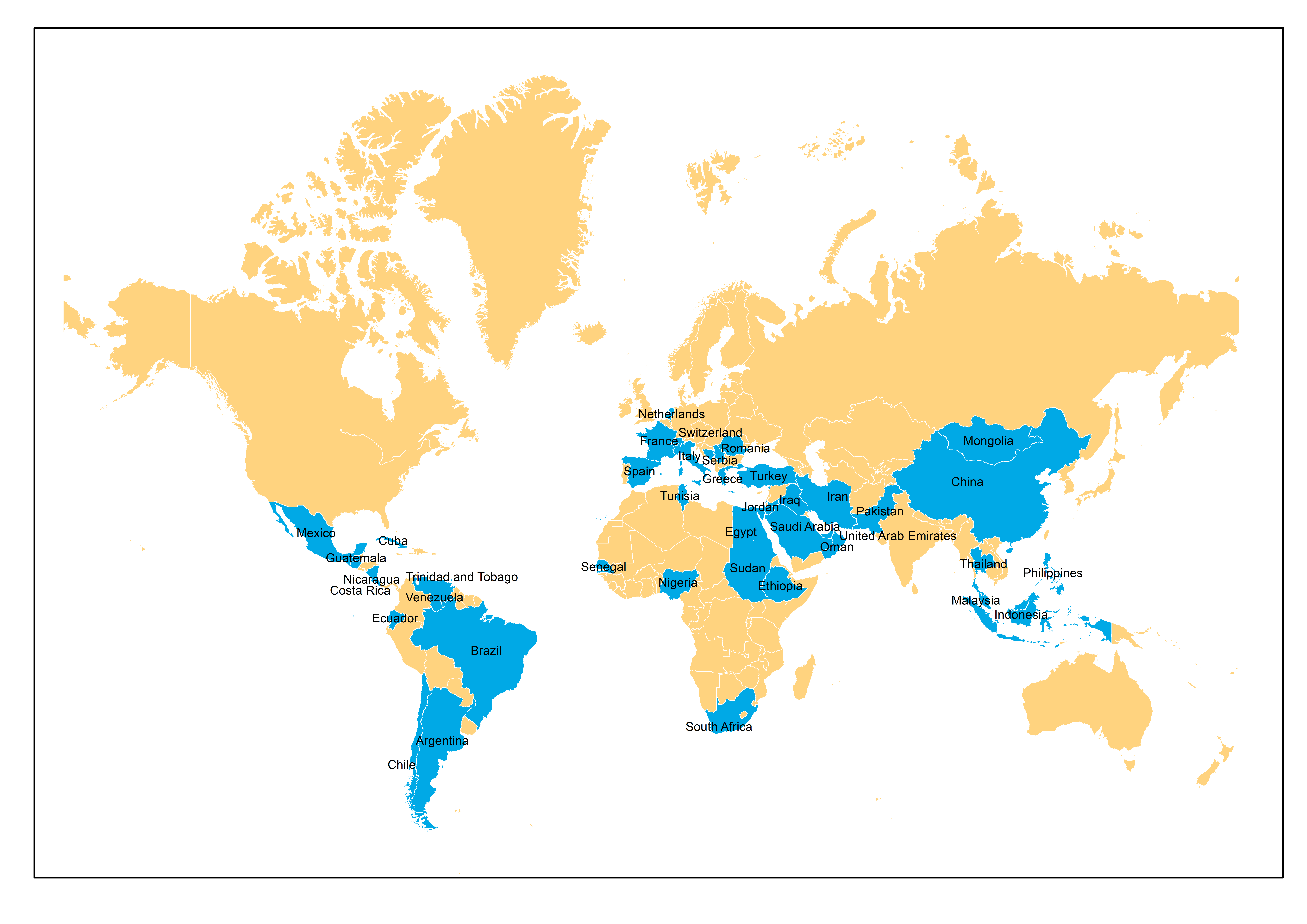 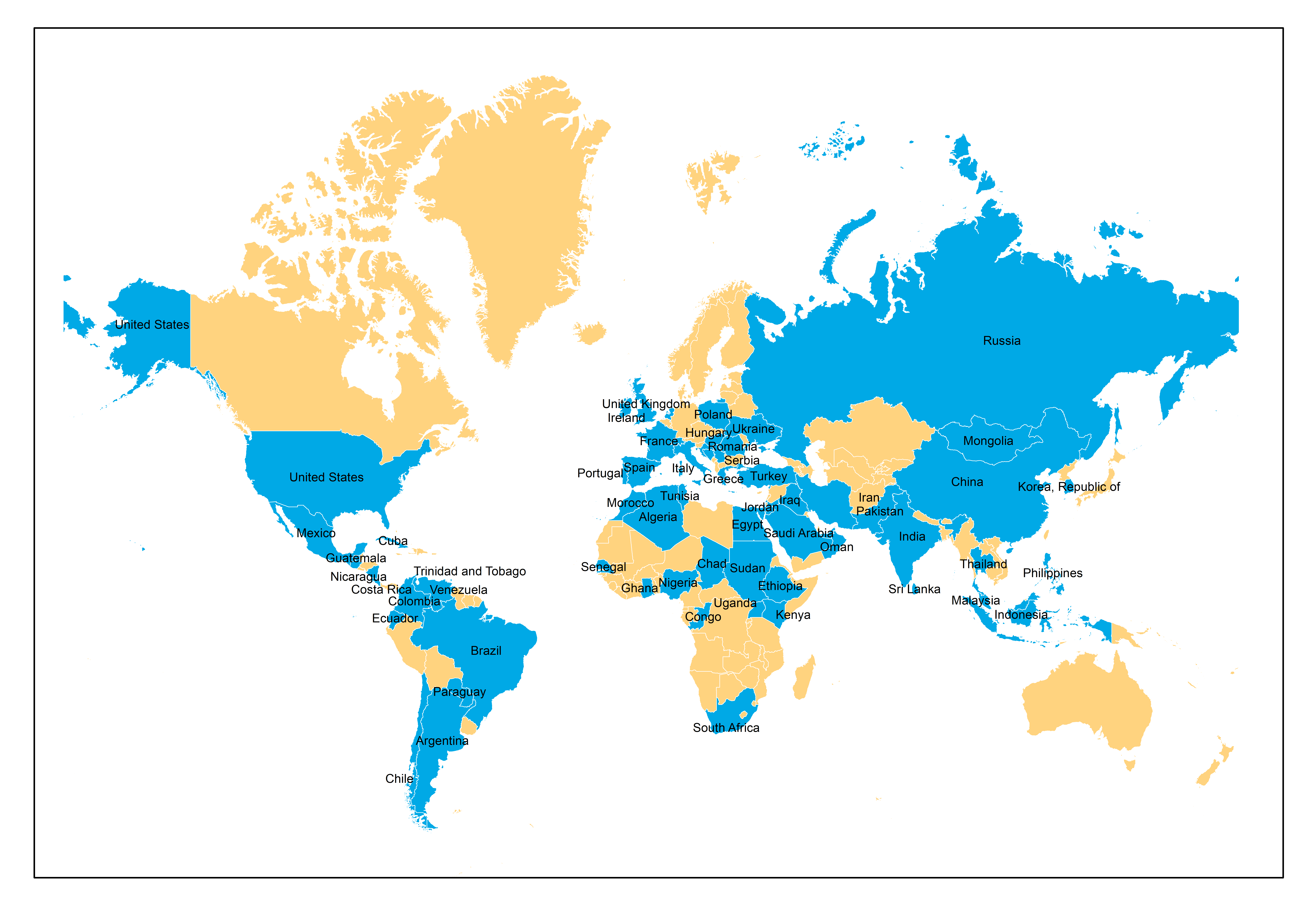 Fig. 1. Global distribution of equine piroplasmosis. The countries, in which B. caballi or T. equi had been reported, were highlighted in blue. Click on the maps for larger images.

The lifecycle of both T. equi and B. caballi involves equine hosts and tick vectors. During the blood feeding of infected ticks, the piroplasm sporozoites are injected into host’s blood. Babesia caballi sporozoites directly invade red blood cells (RBCs), where they transform into tophozoites, which multiply and produce merozoites.  After egress, the merozoites infect the uninfected RBCs and continue to multiply. By contrast, T. equi sporozoites invade lymphocytes and form multinucleated schizonts. The rupture of lymphocytes releases merozoites, which infect RBCs, where they multiple and form additional merozoites. Some of the B. caballi and T. equi merozoites transform into gametocytes, which are ingested by the ticks, together with merozoites, during their blood meal. In the tick midgut, gametocytes develop into gametes, which fuse together during sexual reproduction and form zygotes. The zygotes developed into kinetes, which reach several organs, including salivary glands and ovaries, via hemolymph. Sporozoites are produced during sporogony in salivary glands and injected into blood when the subsequent tick stages feed on the hosts (transstadial transmission). Babesia caballi kinetes in ovaries of adult female ticks are transmitted to their eggs (transovarial transmission) and produce sporozoites in the larval stage.

Animals recovered from acute infections and with subclinical infections become chronic carriers, which act as source of infection. Once infected, T. equi persists for life, while B. caballi is known to be cleared within 4 years in the absence of re-infection.

Laboratory diagnosis of equine piroplasmosis is important, because of non-specific clinical signs in acute form and absence of clinical signs in most of the infected animals. The diagnostic assays can be divided into agent identification and sero-diagnostic tests. Agent identification tests include microscopy and DNA detection methods. Microscopic examination of Giemsa-stained thin blood smears is useful for demonstrating the parasites within RBCs. Babesia caballi and T. equi can be differentiated based on their morphology (Fig. 2). Babesia caballi is large and usually found as single and paired pyriform and ring form, while T. equi is small and polymorphic. A unique morphological feature of T. equi is the formation of Maltese-cross. Microscopy, which is useful for detecting acute infections, is however less sensitive, and therefore not suitable for detecting asymptomatic carriers. 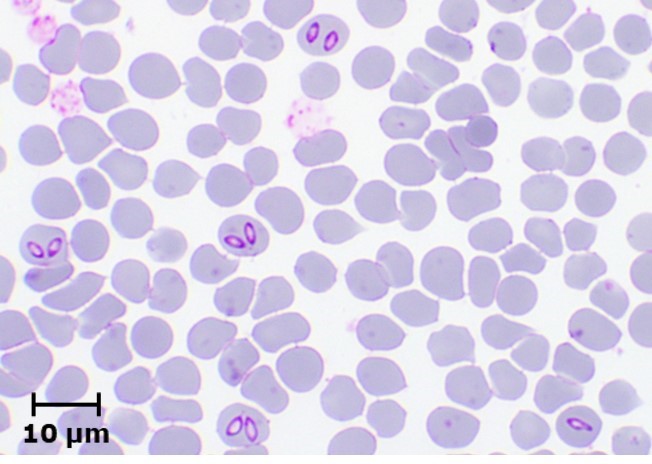 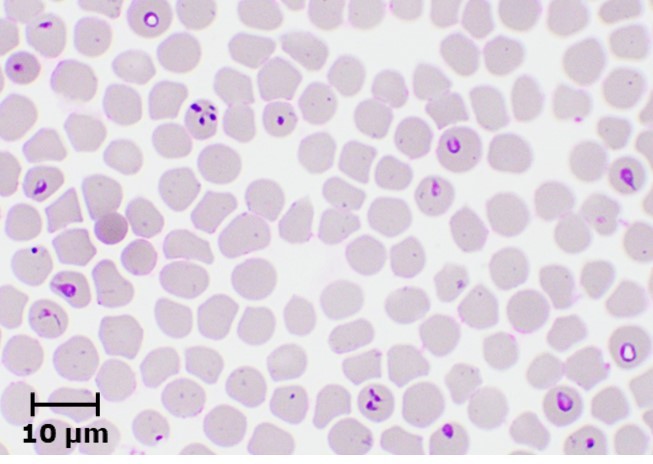 Fig. 2. Microscopic appearance of B. caballi and T. equi

The DNA detection methods, on the other hand, are highly sensitive and therefore routinely used in epidemiological surveys. In the recent past, polymerase chain reaction (PCR), nested PCR, real-time PCR, and loop-mediated isothermal identification assays have been developed for the detection of B. caballi and T. equi DNA in the infected animals.

Serological tests are used to demonstrate the antibodies specific to B. caballi and T. equi in sera from infected animals. Indirect Fluorescent Antibody Test (IFAT) using slides prepared with equine RBCs-infected with B. caballi and T. equi is used to demonstrate the parasite-specific antibodies in sera from infected animals (Fig. 3). 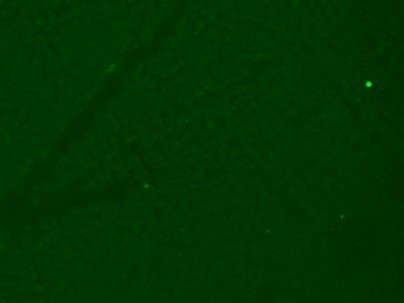 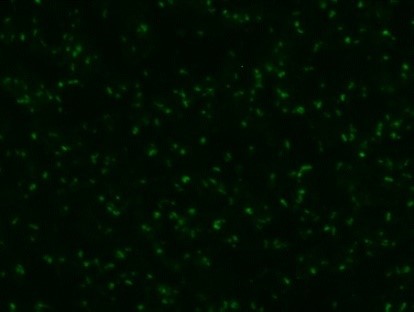 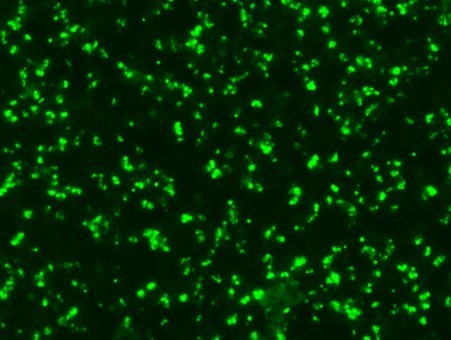 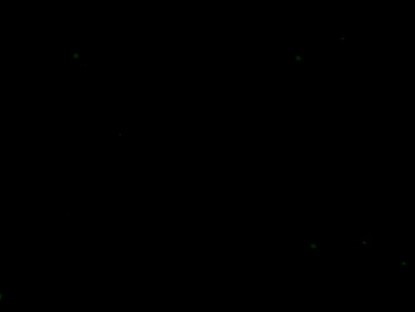 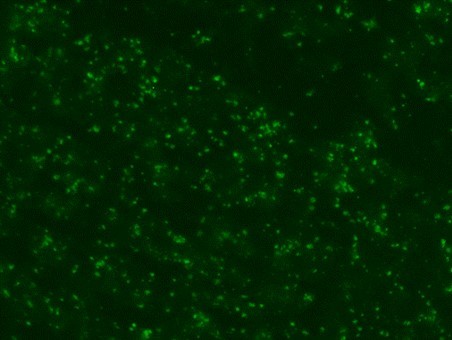 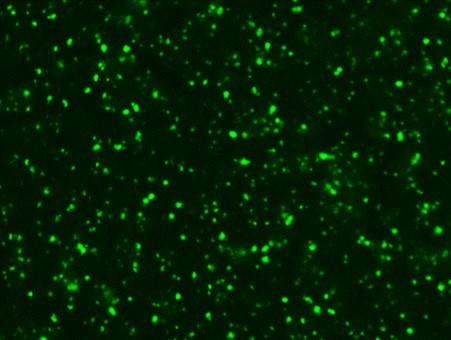 Enzyme-linked immunosorbent assays (ELISA) based on RAP1 and EMA1/EMA2 recombinant antigens have been developed for sero-diagnosis of B. caballi and T. equi, respectively. Competitive ELISAs (cELISAs) based monoclonal antibodies raised against RAP1 and EMA1 antigens are widely used for detecting animals sero-positive to B. caballi and T. equi, respectively (Fig. 4). However, Recent studies found that false negative results might be associated with B. caballi cELISA due to high genetic diversity of RAP1 and with T. equi cELISA due to absence of EMA1 in T. haneyi.

Currently, IFAT and cELISA are widely used as regulatory tests in the international horse trade.

The objective of the treatment is different between endemic and non-endemic countries. In endemic countries, the purpose of treatment is to reduce the parasitemia for recovery. Currently available anti-protozoan drugs, such as diminazene aceturate and imidocarb dipropionate, are widely used for treating horses with equine piroplasmosis. In non-endemic countries, the objective of treatment is to completely clear the parasites from the infected animals, and therefore further spread can be prevented. Repeated treatments with diminazene aceturate or imidocarb dipropionate effectively clear B. caballi. However, complete clearance of T. equi is extremely difficult. Although recent studies demonstrated that treatment with several doses of imidocarb dipropionate effectively cleared T. equi, such regimens sometimes failed to achieve a radical cure.

There are no vaccines or prophylactic treatments available to prevent equine piroplasmosis. Tick control is an important preventive strategy, as it disturbs the parasite transmission. However, rapid development of acaricide resistance may impair efficacy of tick control methods.